With major crime on the rise in NYC, Adams outlines crackdown 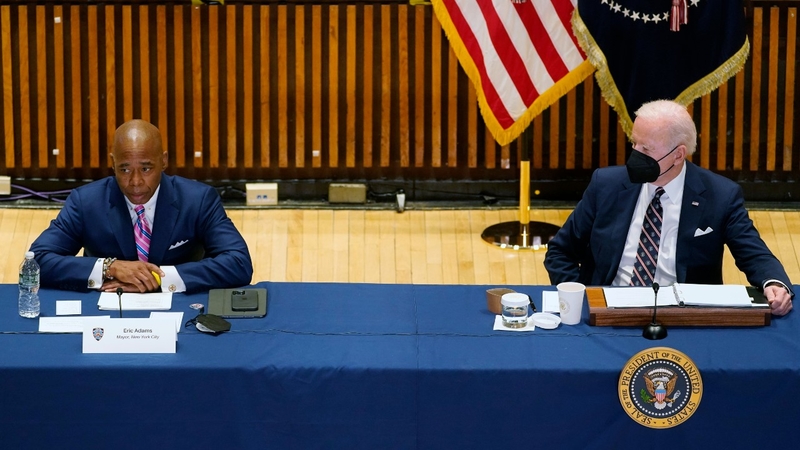 With major crime on the rise in NYC, Adams talks crackdown

"The goal is to really use ATF to zero in on those illegal gun dealers that are flowing into our cities," the mayor said. "And the state is going to play a major role in doing so."

Mayor Adams is also in the process of assembling an anti-gun unit.

"This is not the Anti-Crime Unit," he said. "These officers will be in modified police uniforms, readily identified in unmarked vehicles. They're going to do precision policing to go after those 500-600 known trigger-pullers that are producing 17% of the violence in the city."

Adams is also calling for a 9/11 style response to the surge in gun violence.

Mike Marza sits down with Mayor Eric Adams in the Countdown.

"They're going to do precision policing to go after those firearms and 500-600 trigger pullers that are producing 17% of the violence in this city although they are less than 1% of the population," Adams said.

One bright spot is that murders fell 15% but gun crimes continue to be a problem.

That's why President Biden was at NYPD headquarters with Attorney General Merrick Garland announcing new federal help, like ways to dismantle the iron pipeline of guns flooding our streets from the south.

Then, they traveled to Queens with the mayor and Governor Kathy Hochul, talking to unarmed violence interrupters, professionals in the community who de-escalate problems before they turn deadly.

"It was great seeing the president as a champion," she said.

Ford has been a community violence interrupter for more than 30 years, rolling out a peace mobile in New York City to help stop young people from turning to crime.

"We have to work with those young people that have the highest potential to be shot or to shoot somebody," she said.

"The answer is not to defund the police, it's to give you the tools, the training, the funding to be partners, to be protectors and community leaders," President Biden said. "To know the community, you know. Police need to treat everyone with respect and dignity."

"We need to have the justice we deserve, but the safety we need, and we need to tweak some of the legislation that we have witnessed to take an account the public safety aspect of it," Mayor Adams said.

He wants state lawmakers to change the bail reform law so judges can take dangerousness to the community into account when setting bail.