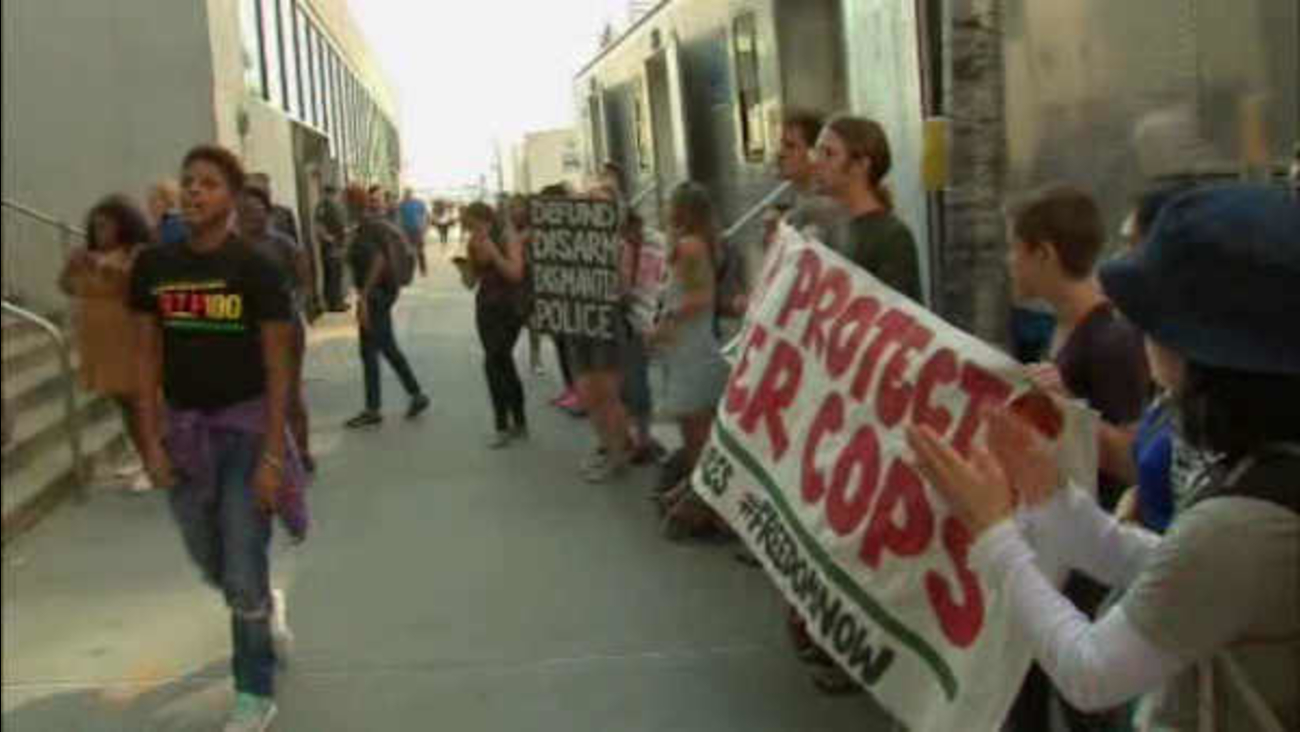 ST. GEORGE (WABC) -- Legal aid attorneys organized a protest on Staten Island Thursday over the decision by a grand jury not to indict an NYPD officer in the death of Eric Garner.

The protest was staged outside the Richmond County District Attorney's office in the St. George section, not far from where Garner died after an apparent police chokehold.

The group held a moment of silence at 4:38 p.m., the time of the incident.

They stood silent for 7 minutes, saying it symbolized the 7 minutes Garner was left on the street without medical attention.

"Police routinely abuse the constitutional rights of community members, and it is tacitly tolerated by district attorneys' offices and the courts," stated Bina Ahmad of the Staten Island office of the Assocation of Legal Aid Attorneys. "What happened to the police officer who killed Mr. Garner is in stark contrast to what we see in court every day. NYPD officers accused of crimes receive immediate access to legal counsel, are barred from being questioned by police investigators, and ultimately gain the benefit of being prosecuted by their colleagues in the local DA's office - if they're prosecuted at all. My clients see none of that. For them, it is guilty until proven innocent."