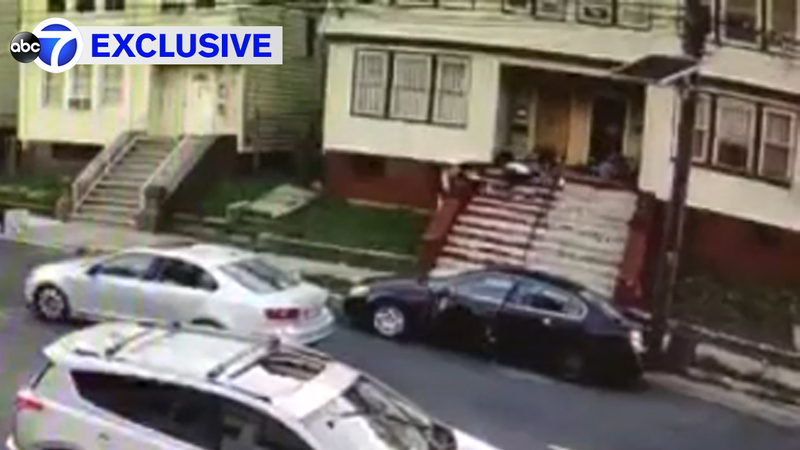 NEWARK, New Jersey (WABC) -- A manhunt is underway after a 15-year-old girl was shot seven times in a drive-by shooting in New Jersey Wednesday night, and Eyewitness News has obtained exclusive surveillance video that captured the chaotic scene.

It happened around 8 p.m. on the 100 block of Goodwin Avenue, where a group of teens were hanging out on a stoop of an abandoned house.

The video shows a car pulling up, and a person begins firing out the back window as the teens on the porch scramble for cover.
EMBED More News Videos

A manhunt is underway after a 15-year-old girl was shot seven times in a drive-by shooting in New Jersey Wednesday night.

The gunman never exited the vehicle and appeared to shoot from the opposite side of where the teens were gathered. The car, a white Volkswagen, then flees the scene.

Police believe the shooting was targeted, but a relative said the victim was simply on her way to the corner bodega when she stopped to talk to friends.

She victim was rushed to the hospital in stable condition with gunshot wounds to her arms and legs.

She is now recovering at home.

"She got struck, luckily she's OK," Ambrose said. "We do know that the vehicle is still at large. It's a stolen vehicle out of Montclair."

The investigation is ongoing, and anyone with information is urged to contact Newark police.