Cops illegal gambling was going on in the back, making it a prime target for violence
WABC
By Josh Einiger 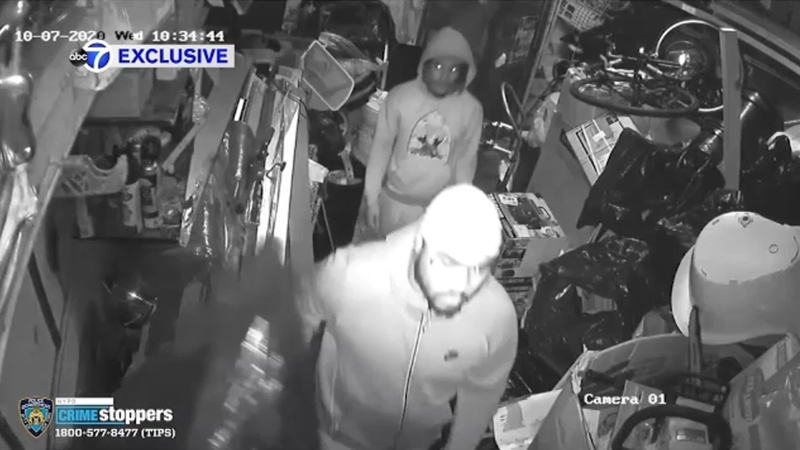 It's an unmistakable sign -- a universal symbol of loss.

On Thursday on Hegeman Avenue in Brownsville, a man tended to a sea of candles in memory of a friend lost to guns.

"I'm just lighting the candles because I just feel like hopefully he's in a better place," the victim's friend said.

CeFaan Kim has the disturbing details after an 85-year-old woman was sexually assaulted in the laundry room of a building in Bay Ridge.

A ramshackle building seems like the last place you'd expect to find a lot of cash.

But cops say that's where illegal gambling was going on in the back, making it a prime target for violence.

Things have been busy lately for Kemper, but this case, he says has been especially tough to crack.

In video obtained exclusively by Eyewitness News, you can see the three suspects enter through the trash strewn storefront and make their way to the back, where they tried to rob the players inside.

Two of the suspects opened fire. The video is so clear you can see the muzzle flash.

Lochel's Bakery in Hatboro is adding a little levity to this year's election season by making the race more fun and delicious.

In the end, four people had been hit, one of whom was 58-year-old Rodney Maxwell, who did not survive.

"Nobody should be able to freely walk around with guns, robbing people, shooting people, killing people -- it's unacceptable, there needs to be consequences," Kemper said. "Some cases we need help, some cases we don't, this is a case where I believe someone can view this video and really break this case open for us."

Detectives are positive someone out there knows the people in the video.

If you know them and can help police solve this case, they're asking you to call at 800-577-tips.