Woman had 14 worms pulled from her eye after rare infection 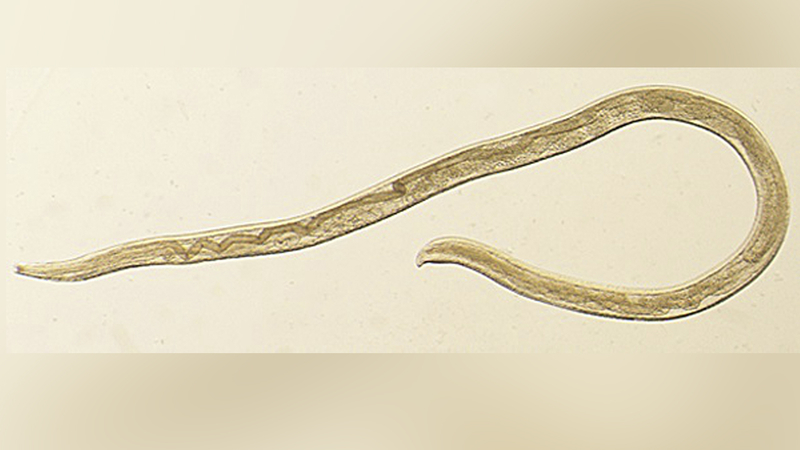 NEW YORK -- An Oregon woman who had worms coming out of her eye is being called the first known human case of a parasitic infection spread by flies.

Fourteen tiny worms were removed from the left eye of the 26-year-old woman in August 2016. Scientists reported the case Monday.

The woman, Abby Beckley, was diagnosed in August 2016 with Thelazia gulosa. That's a type of eye worm seen in cattle in the northern United States and southern Canada, but never before in humans.

They are spread by a type of fly known as "face flies." The flies feed on the tears that lubricate the eyeball, scientists said.

She had been horseback riding and fishing in Gold Beach, Oregon, a coastal, cattle-farming area.

After a week of eye irritation, Beckley pulled a worm from her eye. Over two weeks, doctors removed 13 more.

The worms were translucent and each less than half an inch long.

After they were removed, no more worms were found and she had no additional symptoms.

Eye worms are seen in several kinds of animals, including cats and dogs. They can be spread by different kinds of flies.

Two other types of Thelazia eye worm infections had been seen in people before, but never this kind, according to Richard Bradbury of the Centers for Disease Control and Prevention. He was the study's lead author.

The report was published in the American Journal of Tropical Medicine and Hygiene.