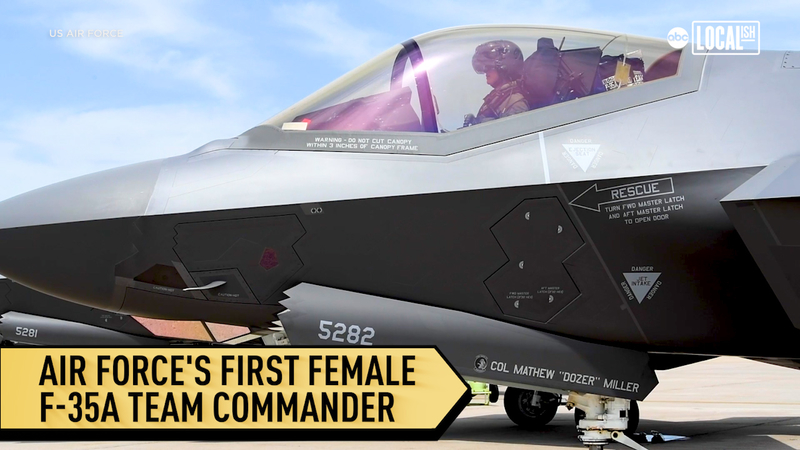 "Really lucky to be the first one to lead a single ship demonstration team, I'm really lucky to get chosen for the job. It's a really unique experience," said Wolfe.

Part of the job is to go to air shows around the world showcasing the multi-million dollar jet's ability and her team's incredible skillset.

"It's the latest and greatest that we've got out there. Humbling to be a part of something like that," said Wolfe.

Inspired by her father, who was also in the military and a pilot, Wolfe says it was gift to grow in a home where you were made to believe that you could be anything you wanted to in a country where this is possible.

"I don't remember seeing a lot of females that my dad worked with because honestly about 3-4% of fighter pilots are female in the Air Force, but you kind of get used to it," said Wolfe. "It kind of becomes a non-event."

One of her favorite things to witness is seeing children's reaction when she takes off her helmet.

"You know, you never know who is under that suit or under that helmet," said Wolfe. "I always tell kids that absolutely you can do it. All it takes is you know a lot of study and a lot of preparation, a little luck and a little timing."