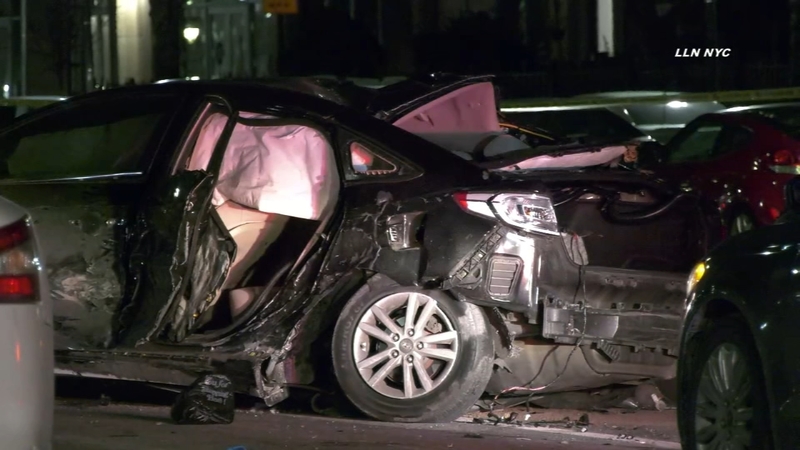 CROWN HEIGHTS, Brooklyn (WABC) -- At least one person was killed, and several others were injured after two vehicles collided on a highway in Brooklyn Saturday morning.

According to police, the accident occurred just after 2 a.m. at the intersection of Eastern Parkway and Rogers Avenue in Crown Heights, where two cars crashed into each other.

A preliminary investigation determined that an 18-year-old man was traveling westbound on Eastern Parkway in a Hyundai Sonata when it collided with a Toyota Solara, driven by a 61-year-old woman, which was traveling northbound on Rogers Avenue.

The 61-year-old driver of the Toyota was taken to Kings County Hospital in stable condition.

The 18-year-old driver of the Hyundai has been taken into custody. Charges are pending.

Police say the crash is under investigation.