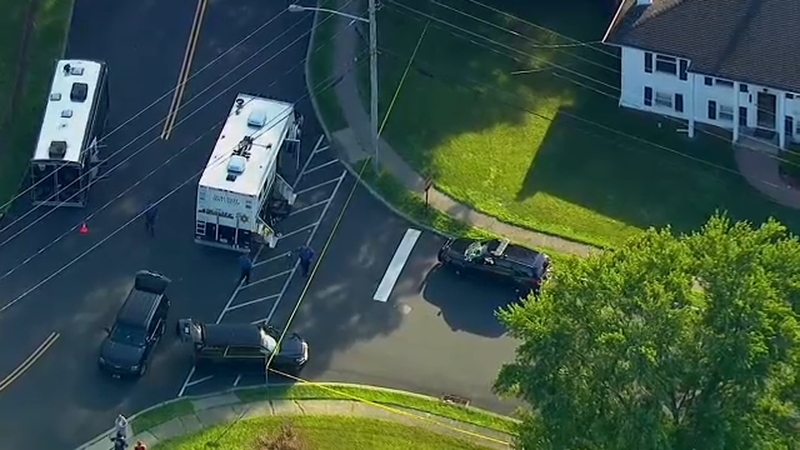 JEFFERSON TOWNSHIP, New Jersey (WABC) -- A Newark police lieutenant is facing charges after authorities say he fatally shot his estranged wife and injured her boyfriend with their children inside the home early Monday.

It happened around 12:30 a.m. at 1 Mirror Place near White Rock Road in Jefferson Township.

Police say that Newark Lt. John Formisano shot his estranged wife's boyfriend inside the home, and that his wife ran out of the home and tried knocking on a neighbor's door before she was shot and killed.

"We heard her yelling, which before, we didn't realize what it was, but it was her yelling for help," one neighbor said. "

The woman's boyfriend is in critical condition at the hospital and has already undergone several operations. The Formisanos' children, a son and daughter, were not injured in the shooting.

"I saw him outside of his car with a big gun," neighbor Rachael Verrone said. "So that's when I ran into my parents' room and woke them up, because I knew something was not right."

Authorities say Formisano, a 24-year veteran of the force, left the scene after the shooting and was arrested at his parents' home about 90 minutes later in Livingston.

"All of a sudden we heard three gun shots, I personally have never heard gunshots before, so I'm thinking they are fireworks," another neighbor said. "And then we're hearing police cars, so I'm thinking they're coming to turn down the fireworks. And then our phones start blowing up because our friend has the app to tell when there are alerts or anything. And she said, 'Lock your doors. Right around your house there's a shooting.'"

Formisano is charged with murder, attempted murder, possession of a weapon for an unlawful purpose, and endangering the welfare of a child.

"Lt. Formisano's colleagues in our police division were shocked by the news of the shooting and we recognize this is a tragedy beyond comprehension for all involved," said Ambrose.