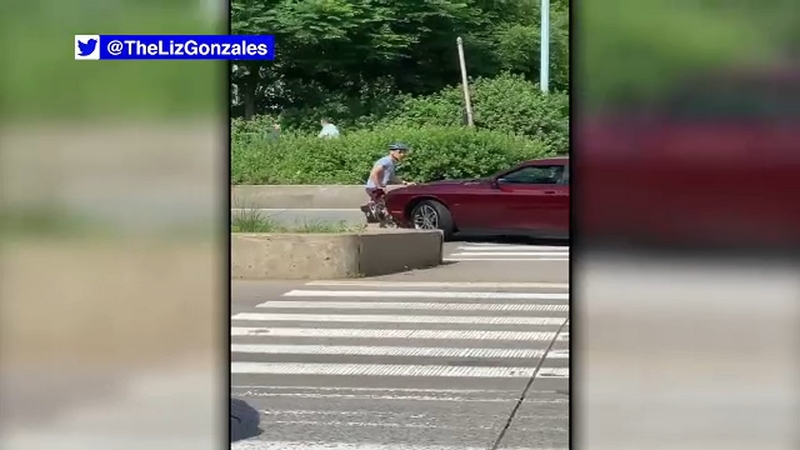 WEST SIDE, Manhattan -- A firefighter has been arrested and charged following a confrontation with a bicyclist seen in a video that went viral.

The video shows Delarosa, who was off-duty, pushing the bicyclist with his car on the West Side Highway June 6.

The woman who took the video, Liz Gonzales, says she saw the driver blow through a red light, nearly hitting both her and the cyclist.

When the cyclist confronted him, she says the driver grabbed the cyclist's phone away as they argued and wouldn't give it back.

"Watching it happen live was very dramatic," she said. "The idea of, if the cyclist tripped, if anything were to happen during that movement, he could have been easily run over. "

She says when officers arrived, they didn't issue any tickets or make an arrest.

Video from another eyewitness appeared to show a traffic agent ordering Delarosa to return the phone to the cyclist, then letting Delarosa drive away.

The FDNY is investigating the incident.