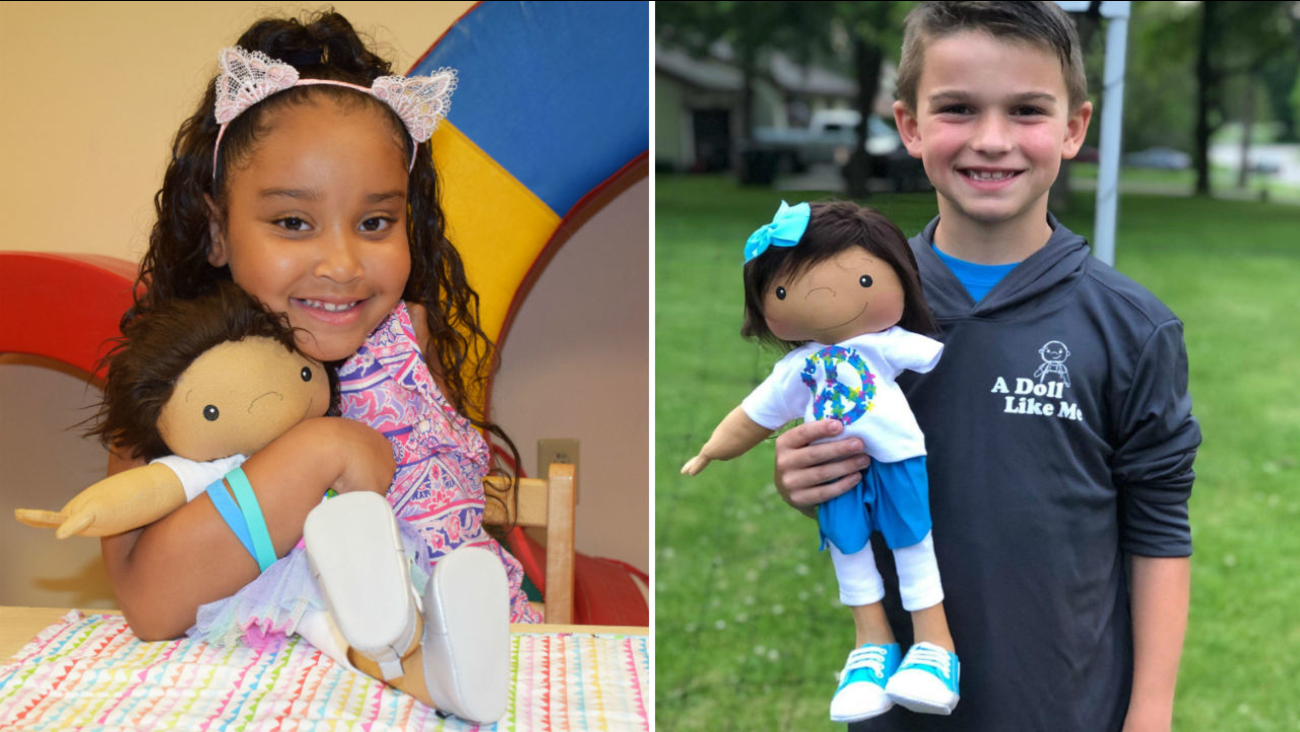 BRONX, New York (WABC) -- A young girl from the Bronx who lost her arm to a flesh-eating disease received a very special birthday gift.

Amillian, also known as Mimi, is 7 years old and was surprised with a special doll that looks just like her last Friday.

A 9-year-old boy named Rylan from Wisconsin helped raise the money for Mimi's doll as part of his birthday fundraiser.

The doll, from the organization A Doll Like Me, mirrors Mimi's limb differences and has the same hair color, skin tone and style. She has named her Precious.

Mimi experienced a fever and arm pain in November 2017. Days after the pain started, she was rushed to the hospital to be treated for septic shock and a flesh-eating disease due to Group A Streptococcus.

She suffered multi-organ failure and underwent nearly a dozen procedures before doctors saved her life by amputating her left arm.

She had to undergo months of rehabilitation and therapy at Blythedale Children's Hospital, but learned how to walk, self-care skills, tie her shoes, play basketball and more -- all with one arm.

Mimi and her mother recently traveled to Middletown, New York, where she was fitted for a new prosthetic arm.