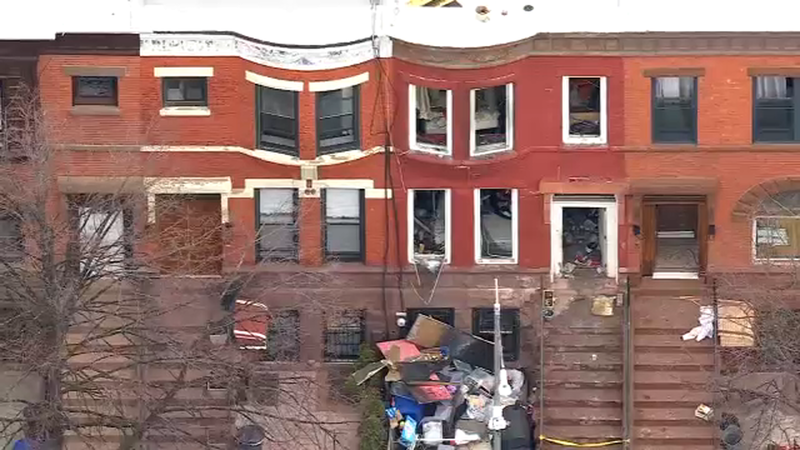 BEDFORD-STUYVESANT, Brooklyn (WABC) -- A mother and her daughter both died in a fire in their Brooklyn home on Tuesday morning.

The fire was reported at 6 Agate Court just before 10 a.m.

The 22-year-old woman and her 1-year-old daughter were trapped by the flames.

Both were pronounced dead at Interfaith Medical Center.

A man who said he was the young girl's father told Eyewitness News reporter Lauren Glassberg that he was on the second floor and jumped out the back window. He said he doesn't know why his daughter and her mother couldn't get out.

The fire tore through the three-story building and also caused damage next door.

The cause of the fire was determined to be accidental from malfunctioning electrical wiring. Smoke alarms were not present in the home.