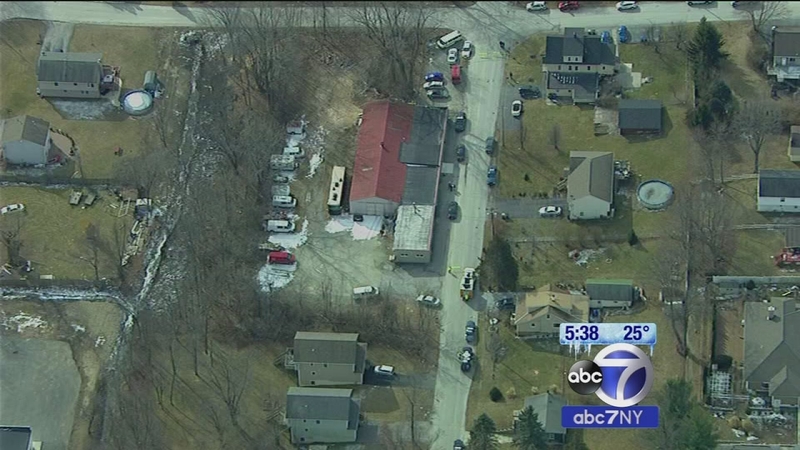 Police say they were called Oprandy's Fire Equipment on Brookline Avenue in Wallkill around 9:30 a.m. following a report of an explosion.

When they arrived, they found two workers -- identified as 23-year-old Frank Buono, of Goshen, and 35-year-old Christopher Foust, of Warwick, in the rear room of the building with severe leg injuries.

Officers utilized tourniquets on both victims while waiting for EMS. Buono and Foust were then transported by helicopter to Westchester Medical Center and are currently listed in serious condition.

The investigation revealed that Foust was filling a fire extinguisher with air when the tank ruptured.