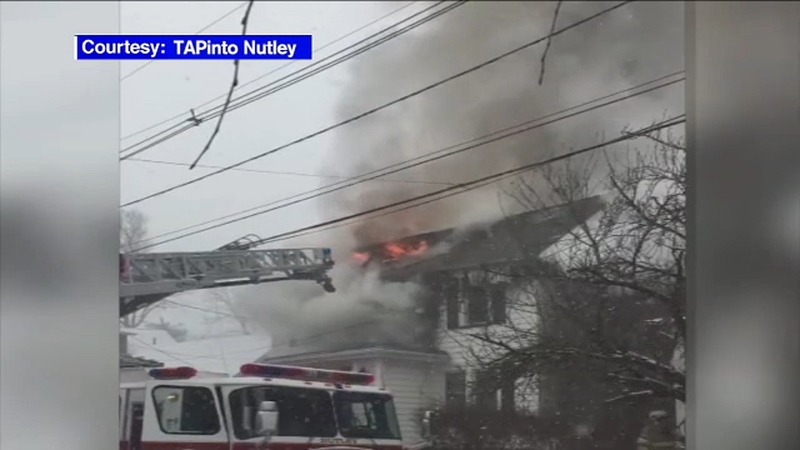 NUTLEY, New Jersey (WABC) -- A 7-year-old boy and his 29-year-old mother were killed, and another was hospitalized after a home erupted in flames on Saturday, officials say.

The fire broke out on Park Avenue in Nutley.

Good Samaritan Joe Caprio was driving by as flames were tearing through the roof of the home and immediately stopped the car to help.

Caprio ran up to the house and banged on the windows and doors to see if anyone was inside. He tried to open the front door, but the door was locked.

Caprio says he saw a 'charred hand' from inside grab the doorknob and open the door.

"The man was covered in soot; I told him to get out. He told me that his 7-year-old grandson and daughter were upstairs," Caprio said. "I looked up the stairs and only saw flames."

Sadly, the 7-year-old, and his mother, Amanda Russo did not make it.

Caprio says he brought the man outside to safety and was about to enter the home again, but the fire department arrived at the same time.

Firefighters quickly took over from that point on to try and control the blaze and rescue the people trapped inside.