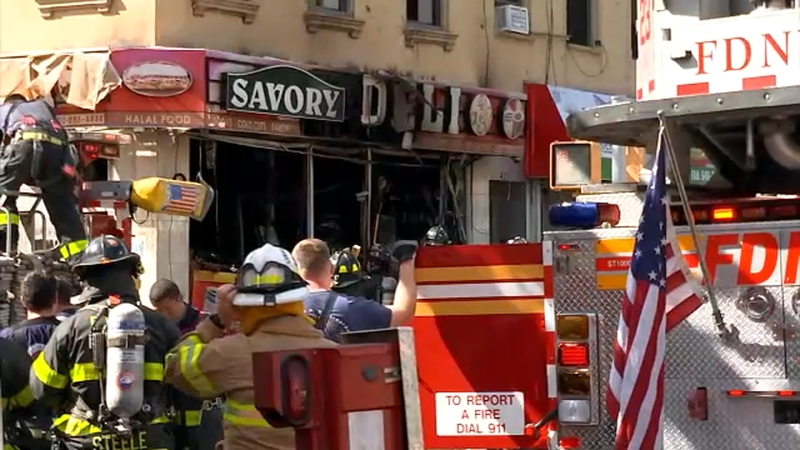 HAMILTON HEIGHTS, Manhattan (WABC) -- A fire broke out in the basement of a bodega -- and investigators say an e-bike may be to blame.

It happened at the Savory Deli in Amsterdam Avenue near 151st Street in Hamilton Heights.

The fire created a column of smoke that could be seen for blocks, and firefighters needed to rescue three people from the flames.

Three people were taken to the hospital: Two employees and a little girl who happened to be walking by and inhaled smoke. All three are expected to be OK.

The owners told fire officials that a few e-bikes used to make deliveries were charging inside the basement, and according to them, a battery from the e-bike seemed to explode and set off a chain reaction.

Officials are continuing to investigate the cause.

Once it was put under control, the bodega seemed to be completely destroyed.

"It was bad. You could see the flames in the storefront coming on, and then you literally saw the flames take over the storefront, so it was almost like milk going over cereal. You just see the fire just pouring on over everything, taking over," a witness told Eyewitness News.