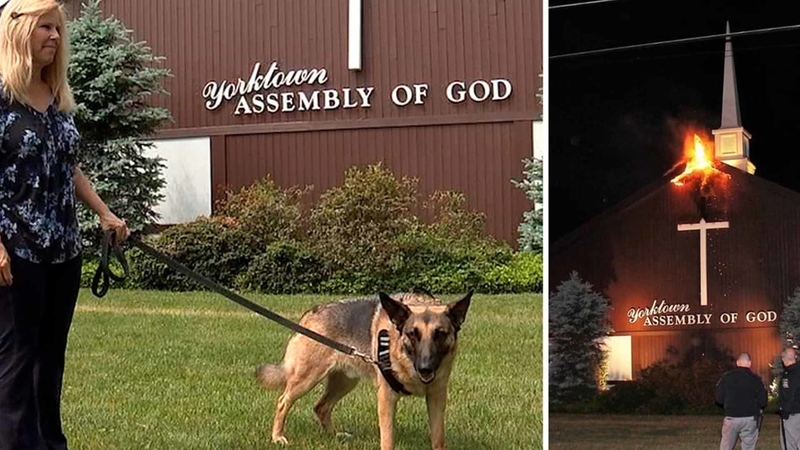 "It was a very alarming bark, it almost sounded like a siren," Kim Lewis said. "And I opened the blinds and I saw the church on fire."

Lewis, a longtime parishioner of the Yorktown Assembly of God in Somers across the street, called 911. Firefighters from several departments responded.

"Bear caught it quick and emergency responders got here quick, and they stopped a devastating disaster," said church administrator Lisa Wain. "Five to ten more minutes and it was into the attic. It would have hit the electrical and it would have taken the whole building out."

Investigators have determined an electric short sparked the fire which caused an estimated $50,000 in damage.