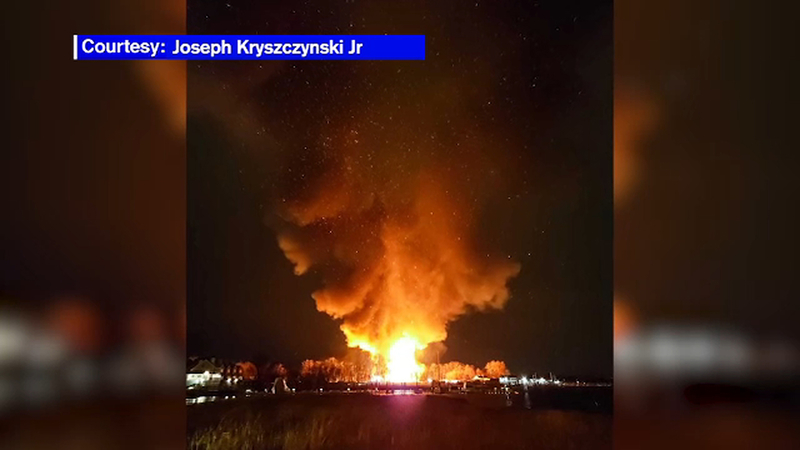 Historic theater in Connecticut goes up in flames

STRATFORD, Connecticut -- Investigators sought the cause Monday of a fire that destroyed the historic American Shakespeare Theatre, whose stage has been graced by the likes of Katharine Hepburn, Christopher Plummer and James Earl Jones.

Lin-Manuel Miranda, creator of the hit Broadway musical "Hamilton," tweeted Sunday that the loss of the theater was "heartbreaking."

The theater, which has not hosted a play since 1989, burned to the ground early Sunday. Police and fire officials said Monday that the investigation is in its infancy and that no cause, including arson, has been ruled out. Dogs brought to the scene found no traces of an accelerant.

The building had power and a sprinkler system, officials said, but they don't know whether the sprinklers were working.

There have been problems in the past with people breaking into the building, and there was evidence someone tried but failed to enter last week, officials said.

"This is no time to start pointing fingers and blaming everybody for something," said Police Chief Joseph McNeil. "If someone did it, let's hold them accountable, but right now we don't have any information this was arson. We just don't know."

The heaviest fire occurred in the stage area, the fire marshal said, and that is where officials are concentrating their investigation.

The theater, built in 1955, was modeled after London's Globe Theatre, which famously burned in 1613. Playwright Lawrence Langner came up with the idea for the theater in 1950 as a way to capitalize on the region's connection to Shakespeare's birthplace, Stratford-upon-Avon in England.

The American Shakespeare Festival Theatre held its final full season in the building in 1982, and the final play, "The Tempest," was performed in 1989. The last performance of any kind inside the building was a 2005 concert by the Hartford Symphony, with Plummer giving readings from Henry V, town officials said.

The state deeded the property to the town that year. There had been interest in renovating the theater in recent years, but no consensus could be reached on a plan, said Republican Mayor Laura Hoydick. The building was sealed in 2017.

The future of the property would be decided by the town council, with input from the public, Hoydick said.

The town's deed requires the property be used for entertainment purposes, and town officials said it cannot be sold to a developer without state consent.

The Shakespeare Academy at Stratford said it plans to continue to stage outdoor performances at the property during the summer.