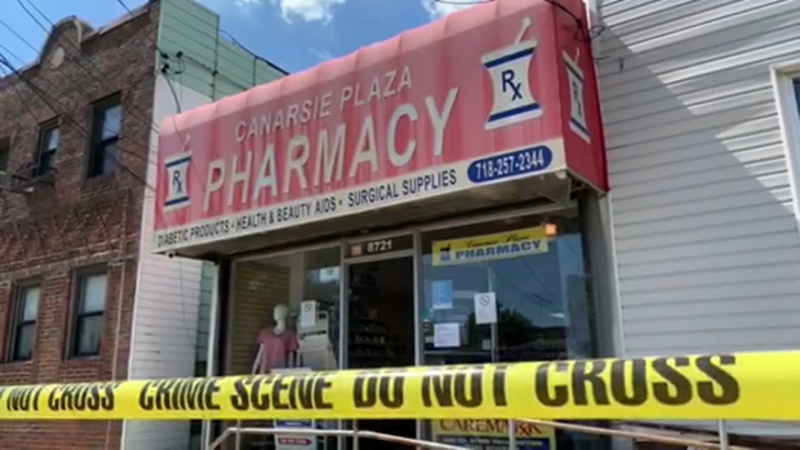 CANARSIE, Brooklyn (WABC) -- A man was stabbed in the back during an attempted robbery at a pharmacy in Brooklyn on Monday afternoon.

The incident was reported just after noon at the Canarsie Plaza Pharmacy in the 8700 block of Flatlands Avenue between 87th and 88th Street.

Police say a man with a knife entered the pharmacy to rob it. One of the managers confronted the suspect and the two got into a scuffle that spilled out onto the sidewalk.

It was during the altercation that the man was stabbed once in the back. He is in serious condition but is expected to recover.

It's unknown if anything was taken.

The suspect ran off. He is described as a male in his 30s about 5 feet 9 inches, last seen wearing a black T-shirt, a surgical mask, and blue jean shorts.