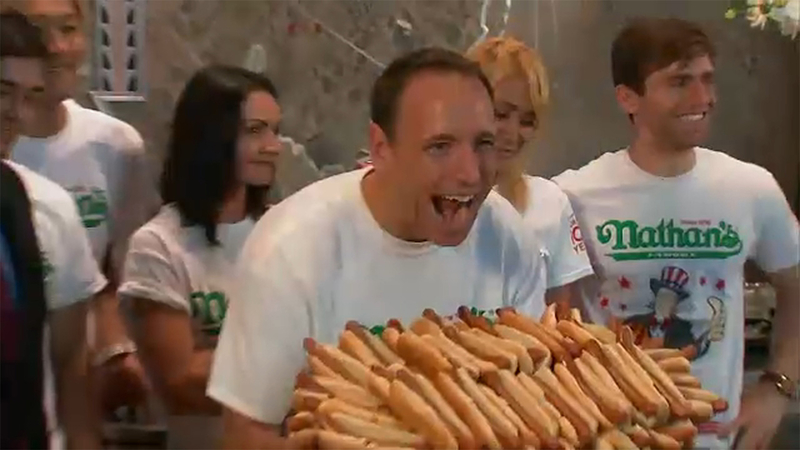 The Nathan's Famous Hot Dog Eating Contest will be held tomorrow near the Coney Island boardwalk and thousands will turn out to watch the gastronomical event.

Here are a few things you might not have known about the contest:

-The contest started in 1916 when, according to lore, four immigrants held a hot dog eating competition at Nathan's to settle a score as to who was most patriotic.

-The competition has only been suspended for two years since its inception, both having to do with wars. In 1941, the protest was to the war in Europe, and in 1971 to protest the Vietnam war in the face of political unrest in the United States.

-The length of the contest has varied over the years between as little as three minutes, to up to twelve minutes. The time has been set at 10 minutes since 2008.

-The first women's hot dog eating contest was held at Coney Island in 2011. It's been held every year since.

-Condiments are permitted, but since that adds to the mess, they are rarely used. The hot dogs are cooled down to prevent mouth injury.

-A tie is decided with who can eat five hot dogs fastest.

Watch the competition on the Fourth of July at 10:50 a.m. ET on ESPN.
EMBED More News Videos

Lauren Glassberg has the story of a mother and daughter who will be competing in the Nathan's Famous Hot Dog Eating Contest.