WABC
By Nina Pineda and Alex Meier and Brett Cohen
SOUTH BRONX, New York (WABC) -- Grady's Cold Brew started making its caffeinated beverages in 2011, which makes the company "ancient in cold-brew years," according to Grady Laird, its president and co-founder.

Cold brew coffee seems like a given menu item in New York City's hundreds of coffee shops, and even coffee giants like Starbucks and Dunkin have adopted the drink. Yet Grady says his company was one of the first to bottle the beverage and sell it in the U.S.

While iced coffee is simply traditionally brewed coffee that's poured over ice, cold brew coffee is made by soaking the grounds in cold water overnight. This creates a strong concentrated liquid that should be mixed with milk or water.

When cold brewing started gaining popularity in the early 2010s, Grady says he noticed that the brews were very expensive, selling for $4.00 or $5.00 at most coffee shops.

"When I started making (it) on my own, I realized really how simple the procedure was, how easy it was to make it on your own, being able to put this product in a bottle, have servings that are around $1.00 to $1.50 per cup," Grady said.

Grady says he started the company with about $10,000 and sold cold brew at food markets like Brooklyn's Smorgasburg. He originally opened his brewery in Williamsburg, which "got really pricey really quickly" and later relocated to the Bronx.

The cold brewery uses big stainless steel tanks to brew the coffee, which steeps for 20 hours. Then, the coffee is filtered, the liquid is processed and poured into bottles.

"(It) looks very much like a micro-brewery for beer," Grady said.

Grady's Cold Brew coffee and related products are now sold throughout the United States and internationally, from small businesses to Whole Foods -- and now Walmart.

"The value, the quality, the convenience of it are really what makes this product special," Grady said. Tommy's vs. Jerry's: A huge hot dog rivalry in NJ 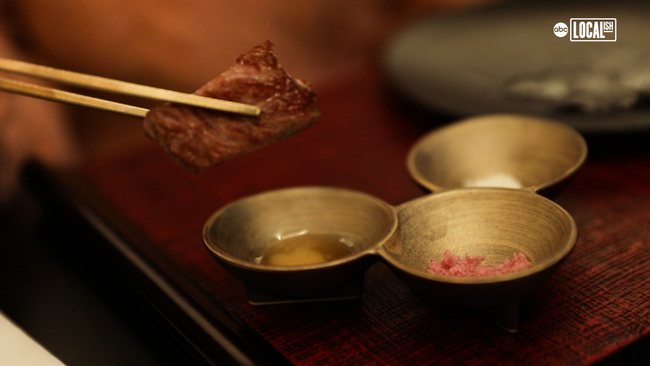 Have you ever tried a Baklava Kronut?
More Videos
From CNN Newsource affiliates
TOP STORIES