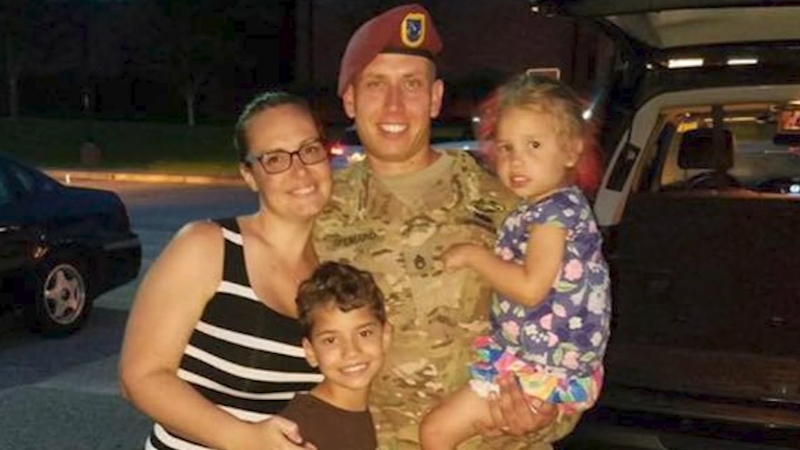 FAYETTEVILLE, N.C. -- A North Carolina mother known for running a business that creates a relaxing and soothing environment is having to deal with the aftermath of her husband being deployed to the Middle East.

However, that feeling of peace is the last thing on her mind with the recent deployments to Kuwait.

Glen was a part of the 750 troops in the Immediate Response Force that were initially sent out.
"He was first called in for 100 percent accountability and said it wasn't a drill; but, that it might be," Shumard said.

Hours later, on New Year's Eve, Glen texted April telling her it was the real deal.

April was out of town at the time and had to scramble to find people that could watch their children, since she had a scheduled flight to San Diego to see her adult daughter that had a surgery.

"Three different friends that were able to cover the time while I was gone," Shumard said.

April said she's endured two other deployments, but none of them compared to the 18-hour notice that her husband received this time around, normally receiving a month notice.
The couple's been married for 13 years and have had four children. Before this deployment, the two were in the process of completing adoption papers for her late sister's kids.

"My dad died and then nine months later my sister died. And we're in the middle of adopting three of her children. Two of the adoptions are already finalized, but we're hoping to finalize the third this month, and now, he's gone," Shumard said.

Shumard wants those not familiar with the life of a military family to know the obstacles it entails.

"These are the things that I don't think many people really take into consideration when they hear about these things," Shumard added.