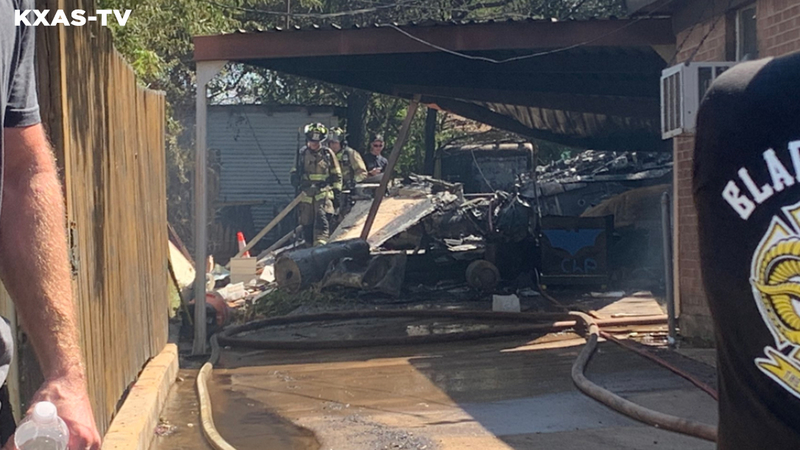 Witness captures aftermath of military plane crash near Fort Worth

It happened around 11:30 a.m. in a neighborhood just outside of Fort Worth.

The aircraft, a T45 Goshawk fighter jet trainer, was north of the Naval Air Station Joint Reserve Base when two people on board ejected, according to KTVT-TV.

Three homes were damaged in the crash, according to the Fort Worth Fire Department representatives.

Lake Worth is a city of approximately 4,500 people northwest of the city of Fort Worth.

The aircraft was assigned to the Training Air Wing 2 at Naval Air Station Kingsville near Corpus Christi, according to a statement from the military obtained by Time Magazine National Security Correspondent W.J. Hennigan.

WFAA-TV reported that the plane crashed in the backyard of a home, and no one on the ground was injured.

Power was also knocked out to around 1,300 customers in the area.

FWFD PIO on scene of a military training aircraft crash in Lake Worth,TX. 2 homes heavily damaged, currently 2-3 patients being treated at this time.