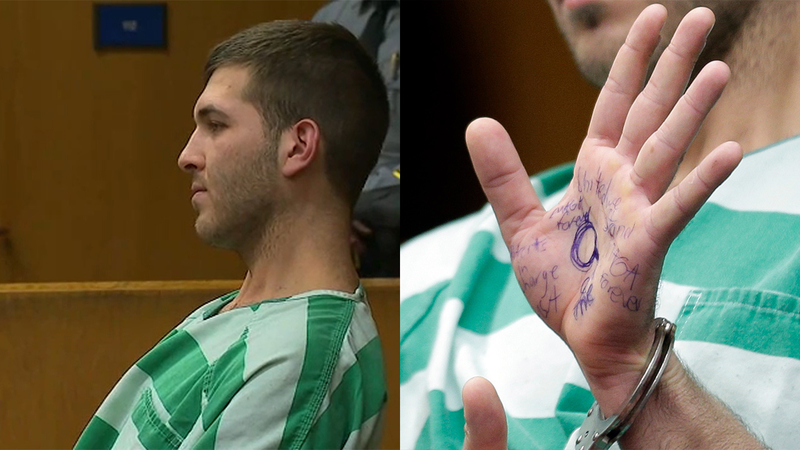 Anthony Comello appeared in court wearing a green and white jumpsuit and had handwritten pro-Donald Trump slogans on his palm, which he held in the air while waiting for the hearing to begin in Toms River.

On it were scrawled pro-Trump slogans including "MAGA Forever," an abbreviation of Trump's campaign slogan "Make America Great Again." It also read "United We Stand MAGA" and "Patriots In Charge." In the center of his palm he had drawn a large circle. It was not immediately clear why he had done so. 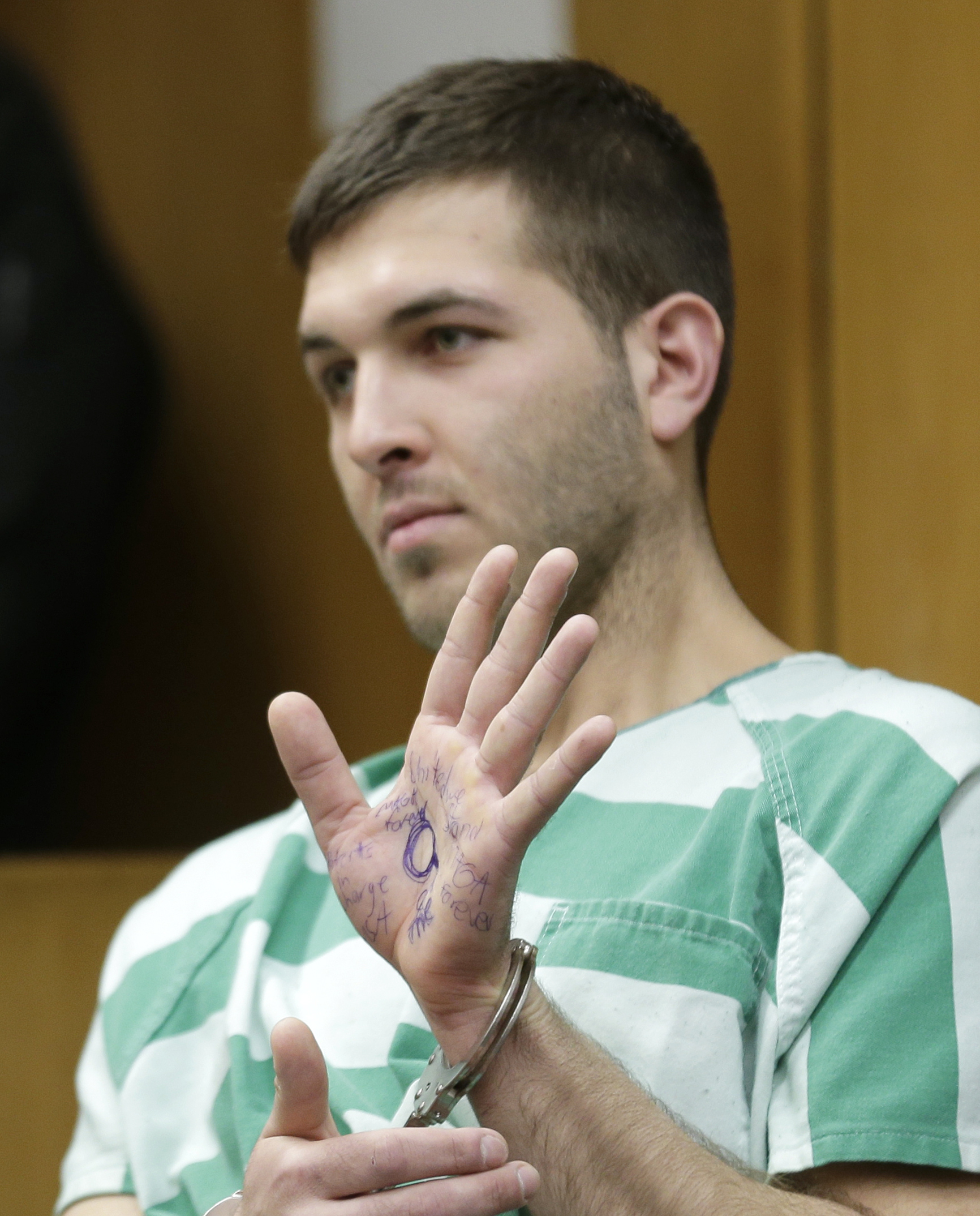 Comello's lawyer, Brian Neary, would not discuss the writing on his client's hand, nor would he say whether Comello maintains his innocence. Asked by reporters after the hearing what was on Comello's hand, Neary replied, "Handcuffs."

He referred all other questions to Comello's Manhattan lawyer, Robert Gottlieb, who said he was anxious to get his client back to Staten Island so he could fight the charges.

"The people who know him best, his family and friends, cannot believe what they are hearing," Gottlieb said said prior to the hearing. "There is something very wrong here, and we will get to the bottom of it.

Comello had been held in Ocean County since Saturday morning when he was taken into custody at his family's summer home in Brick.

He will now be brought to New York to face charges in connection with the shooting death of Cali, the reputed Gambino boss gunned down in front of his Staten Island home after a car accident that investigators believe was staged to lure Cali from the house.

Eyewitness News has learned that Cali and Comello were in a dispute. Comello was dating Cali's niece, a relationship Cali disapproved of. Comello has no prior arrests.

"He willingly and knowingly and voluntarily returns to New York to face these charges," said Neary.

Investigators spent the weekend searching his homes in New Jersey and Staten Island, saying Comello was linked to the crime with forensic evidence.

Detectives discovered a fingerprint on Cali's Cadillac SUV, and the suspect was tracked by his phone.

Police were trying to determine whether Comello was working alone.

"At this point, our investigation will turn to, was there other parties involved in this, gathering additional future evidence, and working on the motive for the particular crime," NYPD Chief of Detectives Dermot Shea said.

Asked about Comello's record, Shea said he "crossed paths in some limited circumstances with the NYPD," including getting a parking ticket on Staten Island the day Cali was killed.

Multiple police sources say the driver of the pickup truck -- now believed to be Comello -- drove up to the mobster's Hilltop Terrace home in the Todt Hill section, came to a stop, and then gunned the engine in reverse, crashing into Cali's parked SUV.