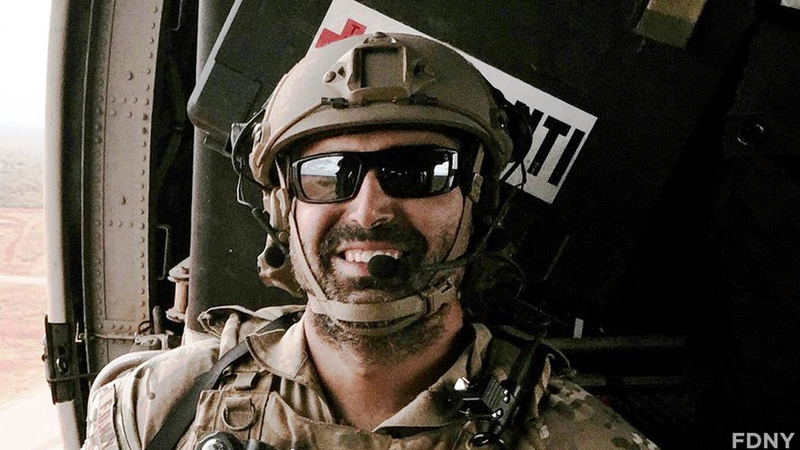 KINGS PARK, Long Island (WABC) -- The funeral service was held on Long Island Saturday for Master Sergeant Christopher Raguso, one of the four local airmen killed in a deadly helicopter crash in Iraq.

The 39-year-old Raguso was also a member of the FDNY and volunteered for his hometown department in Commack.

He previously deployed to Iraq as a fire protection specialist with the 106th Civil Engineering Squadron, twice to Afghanistan with the 101st, once to the Horn of Africa, and to Texas and the Caribbean for hurricanes Harvey and Irma.