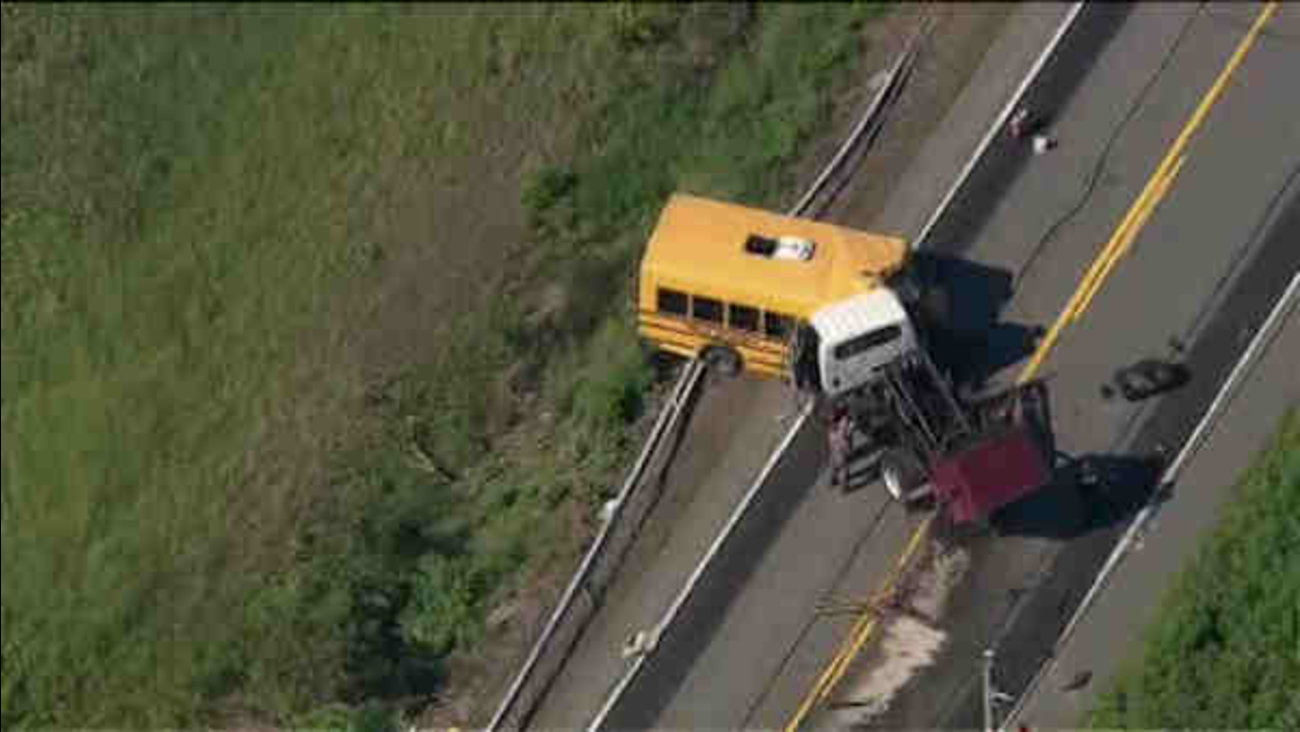 WALLKILL, N.Y. -- New York state police are investigating a crash between a school bus and a garbage truck in the Hudson Valley has left one person dead and another seriously injured.

The crash happened just after 8 a.m. Friday on Route 211 in the Town of Wallkill.

Authorities say the First Student school bus was travelling eastbound when a westbound 2007 International Harvester, owned by Donato Marangi Inc. and operated by 21-year-old Cesar Leon-Sanchez, of Goshen, drifted into the eastbound lane and caused the head-on collision.

The driver of the school bus, 69-year-old Raymond Lucca, of Walden, was pronounced dead at scene by the Orange County Medical Examiners Office.

There were no students on the bus at the time of the collision.

Leon-Sanchez was airlifted to the Westchester Medical Center.

Route 211 was closed for hours for the investigation.