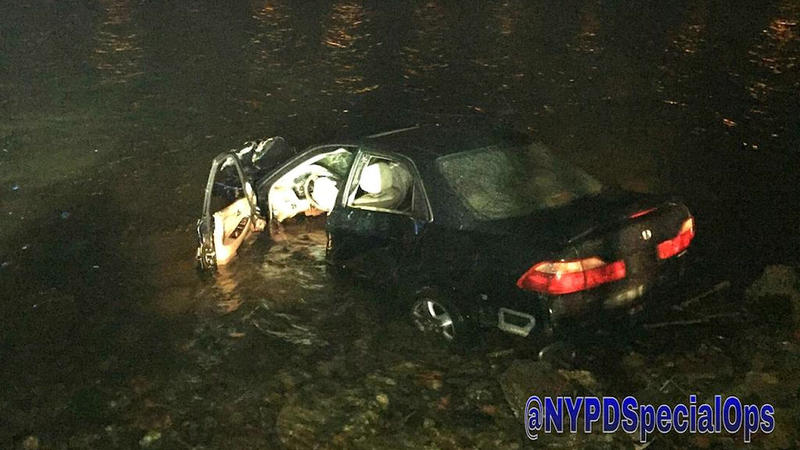 Car found in Brooklyn creek with dead body inside

GERRITSEN BEACH, Brooklyn (WABC) -- A body has been found inside a car that plunged into the water in Brooklyn.

It happened at the end of Gerritsen Avenue near Lois Avenue in Gerritsen Beach.

Tuesday night, a wrecking crew scooped up the watery remains of the Honda sedan, showing clear signs of a catastrophic front end crash, before it wound up in Shell Bank Creek.

But long before NYPD divers found the driver's body, more than a day before anyone called 911, a neighbor noticed something.

"I notice the fence was damaged," said Chris Gardner, a homeowner.

"The plywood was damaged. I didn't know why. I thought maybe something hit it. I didn't really think too much of it," Gardner said.

He even looked into the water but saw nothing, and moved on.

But then Tuesday afternoon, a neighbor played back surveillance video from 4:50 a.m. Monday which captured the car flying down Gerritsen Avenue before crashing into that creek.

"It was unbelievable. That a car would just go so fast, no indication of stopping," Gardner said.

By the time police responded it was way too late. They spent most of the night recovering the car and the body inside.

Police say there have been drag racing cases there in the past, but not recently.

With the video showing only one car, cops say there are no obvious signs of criminality in a part of the city so remote, no one even noticed for more than a day.

"A helicopter lands on Gerritsen Avenue, that's a first, never saw that before," a neighbor said. "Strange. Pretty quiet down here usually."

Here's a look at where it happened in Gerritsen Beach: 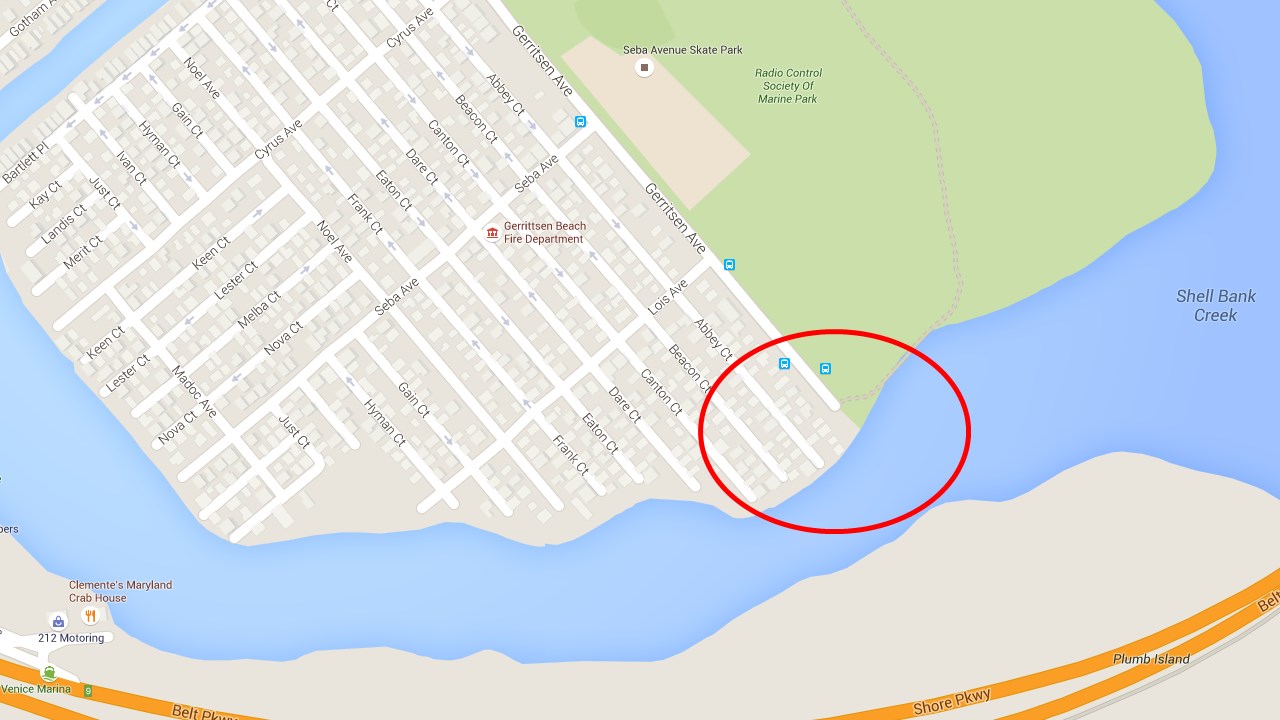