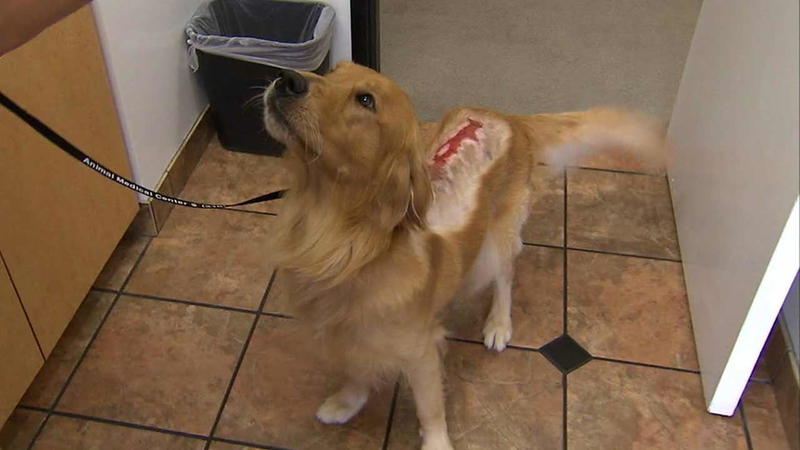 LOS ANGELES -- A golden retriever named Fergus is recovering from severe burns after someone allegedly poured an acid-like substance down his back.

Fergus was found wandering the streets of Lancaster over the weekend and taken to an area shelter, where he was treated for third-degree burns.

He was then brought to the Animal Medical Center of Southern California in West Los Angeles.

"It's horrendously painful when these things occur and so he's on pain management for that. In addition, we give him medicated anti-microbial baths," Dr. Alan Schulman said.

A pit bull mix is recovering at an animal shelter in Lancaster after suffering similar burns. Two other dogs brought to the shelter in recent weeks were so severely injured they had to be put down.

Fergus is likely to need several weeks of recovery but in spite of everything he's been through, he's still a very loving dog.

"What I see as miraculous is his faith and trust in people and realizing that there's enough of us out there that actually care about them to get involved," Schulman said.

A GoFundMe page has been set up to raise funds for Fergus' recovery.