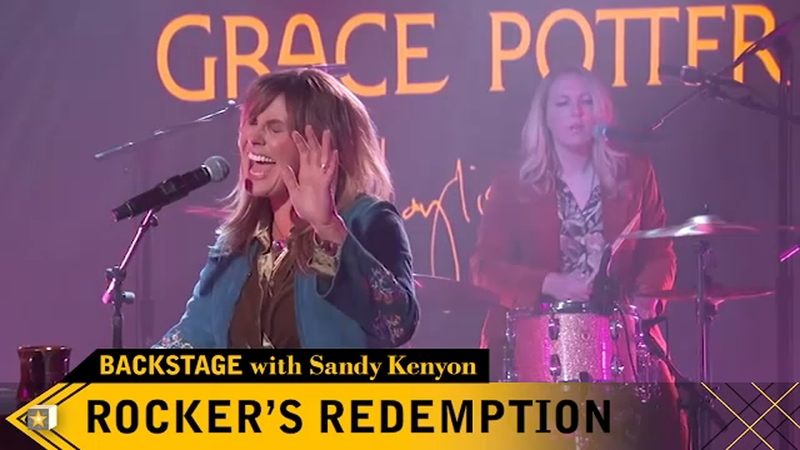 The band "Grace Potter and the Nocturnals" released more than half a dozen albums, but the lead singer is now making a comeback after she stopped making music for nearly three years.

"I was kind of angry at music - briefly," she said.

Potter was angry because her career had caused her so much pain.

"My music made other people happy, but I needed to make sure music was making me happy," Potter said.

She was married to the drummer of her band when she fell in love with her music producer.

Eric Valentine and the singer are now married and their son turns 2 years old early next year.

"I hadn't stopped since I was 19, so I felt like it was the best time to stop, let's grow some roots somewhere," she said.

Potter said she painted homes, did Venetian plastering and lots of demolition -- which she says is great for working out the demons.

Now it's hard to believe Potter almost gave up music for good.

"When I invited it back in, music became a force for good, and a lot of healing," Potter said. "I just thought, you know, music isn't that bad of a job, is it? I really went through this process of like it's kind of a dream situation isn't it, and I think I started to really feel the gratitude."