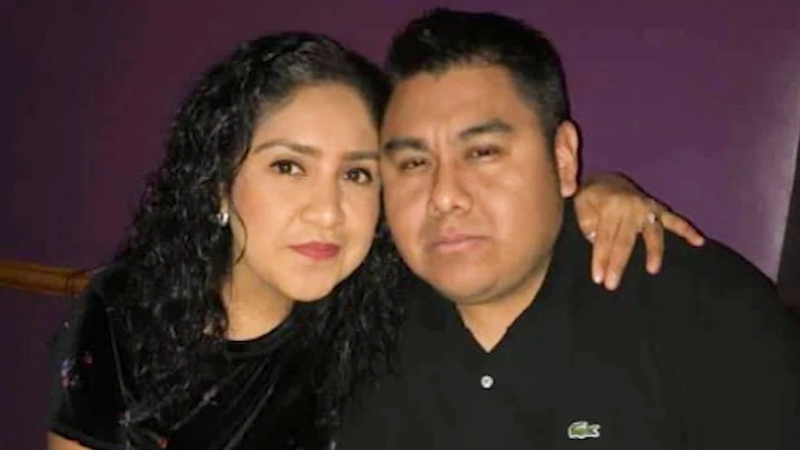 ASTORIA, Queens (WABC) -- Police have arrested a man in connection with the murder of a 37-year-old mother of two who was struck by a stray bullet as she walked down the street in Queens.

It happened on March 12, near 48th Street and Broadway in Astoria, where Gudelia Vallinas was gunned down. She was less than a block from her home.

Surveillance video showed the shots being fired and suspects running away from the scene near the Woodside Houses.

Vallinas was struck in the head and was killed instantly.

On Thursday, police announced the arrest of 19-year-old Dajuan Williams. He is charged with murder and criminal possession of a weapon.

"Today's arrest of the individual allegedly responsible for the murder of Gudelia Vallinas is hopefully one step towards justice for her beautiful family and all those who loved her," Queens Borough President Donovan Richards said. "But the young age of the suspect is not lost on Queens. This tragic case only underscores the need for significant investment in our Cure Violence organizations who work tirelessly to interrupt gun violence and provide paths toward peace for our youth, especially in underserved communities. In this tragic case, Queens seeks justice in all its forms for all involved."

Her husband Alfredo said it was heartbreaking to tell his kids they would never see their mother again, but he has found his peace.

He had previously spoken at a rally to end gun violence after her murder and another similar incident.

"I used to do everything with her," he said. "We used to be a team. And now, on that March 12, 2021, they did not only kill a wife and a mother, a friend, they also killed me too. Because now, when I walk the streets, I know that I'm not going to see her again. And that pain will never go away. I will have to live that forever."
He pleaded for an end to the violence.

In the other incident, 29-year-old Elliot Clairborne was gunned downed outside of a Woodside Houses building at 31-69 49th Street.

Vallinas, his family and community leaders are planning to gather Sunday in the neighborhood. They will march to stop the violence and pray for peace.