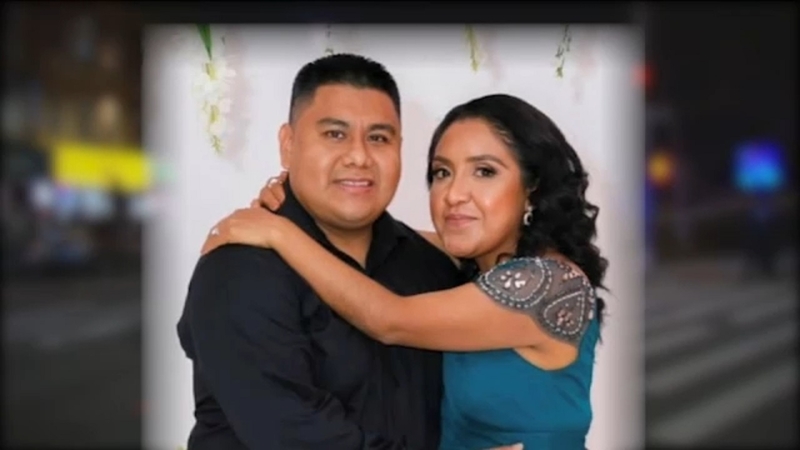 Neighborhood on edge after mother killed by stray bullet in Queens

ASTORIA, Queens (WABC) -- Devastated neighbors held back tears less than a day after an innocent 37-year-old mother of two was killed walking home in Queens.

The devastating shootout happened in the middle of the street. Gudelia Vallinas was just around the corner from her home on Broadway and 48th Street in Astoria when it happened on Friday night around 8:30.

Surveillance video shows shots being fired, and suspects running away from the scene near the Woodside Houses. People in the street ran for cover. Vallinas was caught in the crossfire and was shot in the head and killed instantly.


There is a sign on the family's door asking for privacy. Vallinas leaves behind a young son and daughter.
Neighbors are distraught - the victim frequently visited the salon across the street, where the owner now says she will be closing early, because frequent crime has left many in the area nervous.

Senseless gun violence took the life of a Mother in Queens and a 17 year old in Brooklyn w/in last 24 hrs. An additional incident in Brooklyn resulted in 5 shot.@NYPDnews needs anyone with information to please call @NYPDTips

Police are continuing their investigation - right now they have not said who they are looking for.


"I was heartbroken to learn of last night's fatal shooting in Woodside Houses. This is just the latest in the disturbing rise of shootings in our borough," Richards said. "Law enforcement must work hand in hand with our communities in order to make our neighborhoods safer, and to make this a reality, we need an expansion of the crisis management system. My heart is with Gudelia Vallinas' family. My office reached out to her family, and we are ready to be a partner in the fight for justice."