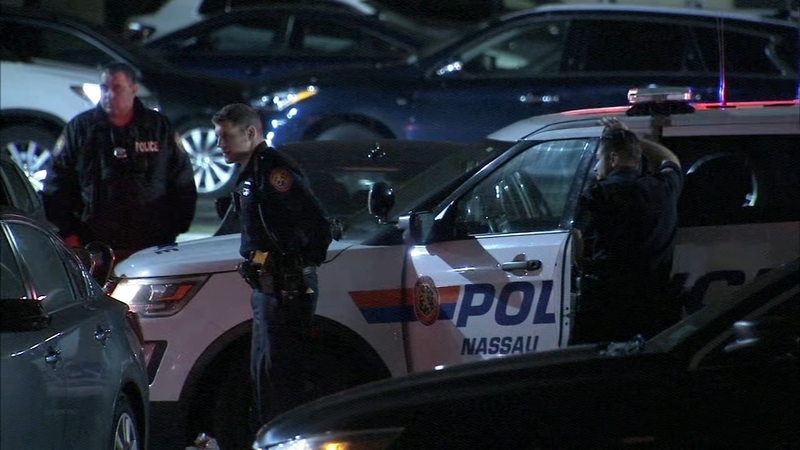 According to police a man and woman were walking into Nordstrom from the second floor of the parking garage when they got into a dispute with two men walking out of the store.


bla
That's when the men fired three shots at the couple who ran into the store. Bullets struck three separate spots inside the department store, but no one was injured.

The couple continued to run through the store and into the mall, while the two men ran down the stairs of the garage and got into two separate black four-door sedans.

They were last seen going southbound on Meadowbrook highway.

"Nordstrom went into an immediate lockdown of their store, some stores in the mall took an independent lockdown, at this time the entire mall is open except for Nordstrom,' said Commissioner of the Nassau County Police Department Patrick Ryder. "They remain closed, as we are processing it as a crime scene."

The police investigation is still ongoing and no arrests have been made at this time.

Detectives request anyone with information regarding the above incident to contact Crime Stoppers at 1-800-244-TIPS or call 911. All callers will remain anonymous.