Video: Police search for suspects in wild gunfight in Bronx 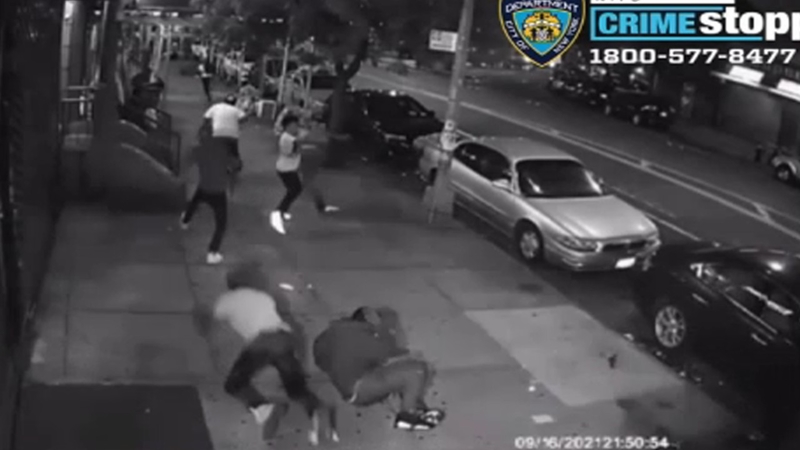 Video: Police search for suspects in wild gunfight in NYC

MORRISANIA, Bronx -- Police have released video of a wild gunfight in the Bronx as they search for the suspects involved.

The video shows two groups of people exchanging gunfire in the middle of East 169th Street before 10 p.m. on Sept. 16.

Fortunately no injuries were reported.

Police say they have clear video of two men that they want to question.