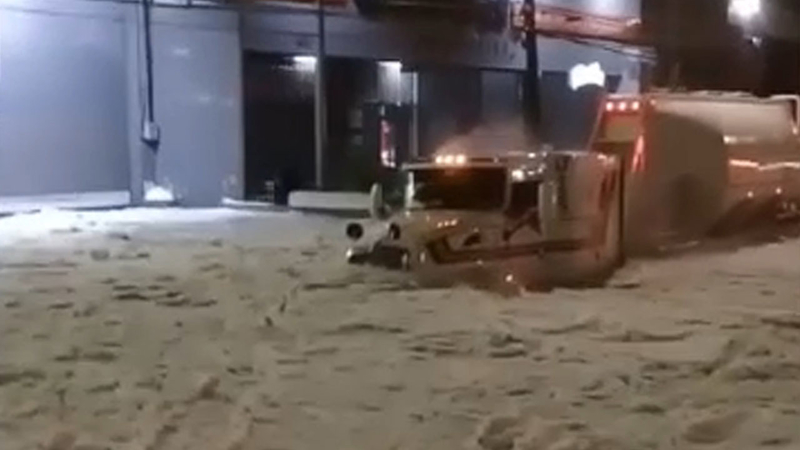 GUADALAJARA, Mexico -- Guadalajara had been enjoying a sweaty summer for the past few weeks until the weekend brought a surprise.

People woke up Sunday morning to more than three feet of ice after a heavy hailstorm swept through the region.

In this photo released by Jalisco State Civil Defense Agency, cars are suspended in hail in Guadalajara, Mexico, Sunday, June 30, 2019.

As government officials scrambled to contain the damage and clear up roads, residents captured jaw-dropping footage of vehicles and buildings swallowed by ice.

RELATED: Why does it hail during the summer?

"Hail more than a meter high, and then we wonder if climate change exists," he said on Twitter.

The government of Jalisco has been working with the Mexican Army and local authorities to remove the hail from the roads and provide support for those whose homes were impacted by the freak hailstorm.

Ramirez said Sunday afternoon there had not been any reported injuries or fatalities.

SEE ALSO: How to protect yourself and your property from hail
EMBED More News Videos

Hail causes approximately $1 billion in damage in the United States each year, but there are ways to protect yourself and your property.