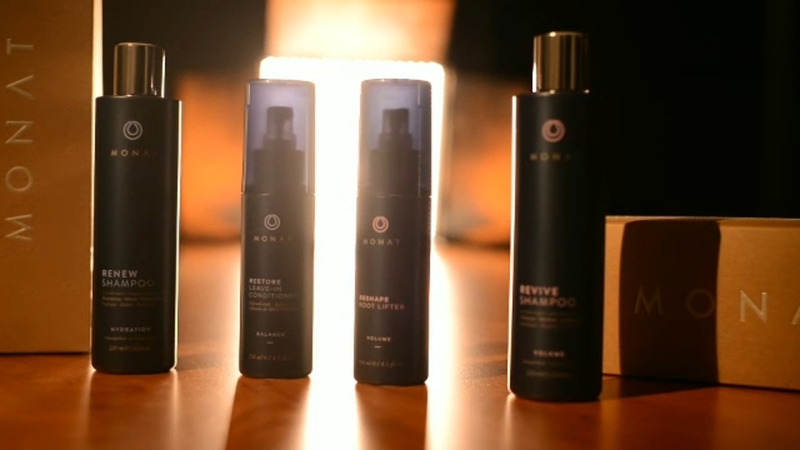 Following multiple accounts on social media and reports from several news outlets including ABC affiliates, 7 On Your Side Investigates examined claims that a popular cosmetic product was causing hair loss, hair breakage, and scalp irritation.

Monat launched in 2014 as a direct selling company and climbed onto the industry's Global Top 100 list in just three years, joining giants like Mary Kay and Avon.

"I had the wow factor after the first wash," said Tara Taragolino, who said she now uses the product exclusively.

As 10's of 1000's of customers raved about Monat, the company also started receiving what sources at the FDA described as an alarming number of adverse event reports, or product complaints last year.

From August 2017 to April 2018, Monat was the subject of 268 adverse event reports leading the FDA to launch an investigation into what was behind reports of hair loss and scalp irritation.

Sources with the FDA confirmed the complaints against Monat marked the second highest number of complaints the agency had ever received for a haircare brand next to Wen by Chaz Dean, which was also accused of causing hair loss, and had received 1,386 complaints as of November 2016.

"I took a picture of my hair, compared it to a picture of before I stared Monat, and my eyes just filled up with tears. It was so thin and it was stringy and I was just sick," said Erin Ostby, who interviewed with the Eyewitness News affiliate in Las Vegas.

"There are bald spots in the back of my hair," said Amber Alabaster, one of the individuals who filed a lawsuit and interviewed with an Eyewitness News affiliate.

"It was extremely concerning. We tried to look it up and figure out where that was coming from," said Monat President Stuart MacMillan during an exclusive interview with Eyewitness News. "And, so we've been talking directly with the FDA since then."

MacMillan also disputes the accusations in the lawsuits.

Monat hired Kosmoscience, an independent lab, to test the products to determine whether they could cause hair loss and hair breakage.

It's the same lab that's been used by other major labels for testing such as Proctor & Gamble and L'Oréal.

MacMillan waived his confidentiality agreement so the executive director of Kosmoscience could speak freely with Eyewitness News about the results.

"The results did not indicate any event that could discredit the products investigated," said Kosmoscience Executive Director Adriano Da Silva Pinheiro.

Below is Pinheiro's description of the testing:

i. Measuring the substantively of the products in performance improvement to facilitate wet and dry combing, in this test all products met with promises, reduced the energy needed to comb the hair in both conditions wet and dry states.

iii. And finally we investigate the health of the cuticle morphology which is a superficial layer of hair fiber, for this investigation we used a scanning electron microscope of high resolution, in this study it was verified improvement of the uniformity of the cuticles and cementation that means that the cuticles are sealed, thus maintaining the protection of the interior of the fiber.

It is important to mention that all these studies have met the statistical rigor required."

"We know our products are safe," MacMillan said.

7 On Your Side Investigates also compared Monat ingredients to a database ranking common cosmetic ingredients for safety offered by the Environmental Working Group which advocates for human health.

The database listed the ingredients at low to moderate risk.

7 On Your Side Investigates then took the product and the findings to Dermatologist, Dr. Anthony Rossi.

Dr. Rossi has past experience reviewing haircare products accused of negative side effects.

"The ingredients here are what you would find in many other ingredients that are already on the market," Dr. Rossi said. "It's very rare or non-existent to actually see hair loss from that."

Dr. Rossi further explained that many individuals can experience reactions or allergies to haircare products, most often because of the fragrances used, but that that only makes the product a bad choice for the individual not for the general population.

"Even though someone may be allergic to a certain type of ingredient, it doesn't necessarily mean that it would cause hair loss," Dr. Rossi said.

While Rossi said he saw nothing alarming with the ingredients in Monat, he advised people who experience unwanted side effects to discontinue use and see a doctor.

Lawsuits indicate MONAT marketing led users to believe some of the side effects they were experiencing such as hair shedding and a dry, itchy scalp were part of a 90-day detox process and further allege that distributors advised the side effects were signs that the product was working.

Monat's own vice president of research and development admitted the ad was not scientifically accurate and in interviews with 7 On Your Side Investigates, MacMillan admitted the marketing may have been misleading and said they have pulled the ad.

"It became misused and was have always believed that if you are having any negative reaction to your product, you should stop using it," MacMillan said. "So we sort of altered our marketing because it sort of started becoming a 'Just plow through it.'"

MacMillan said the company has also been using technology to clean up its message and seek out other ads on social media created by distributors without their permission that may have also been misleading.

"When you have 150,000 distributors, we can't hear everything. We don't see everything," MacMillan said.

MacMillan attributed much of the company's trouble to its rapid growth explaining the company did not initially have the systems in place to respond to the number of customers or distributors it was receiving.

The plaintiffs in those 8 lawsuits are waiting on a federal legal panel to decide whether to consolidate the cases and if so, where they will be tried.

Meanwhile, Monat is asking anyone who does experience a problem to contact them directly so they can investigate.

Despite the pending allegations, the company has continued to acquire new clients and increase revenue,

It expanded to the UK in February.