As "Hamilton" racks up Tony nominations, more line up to audition 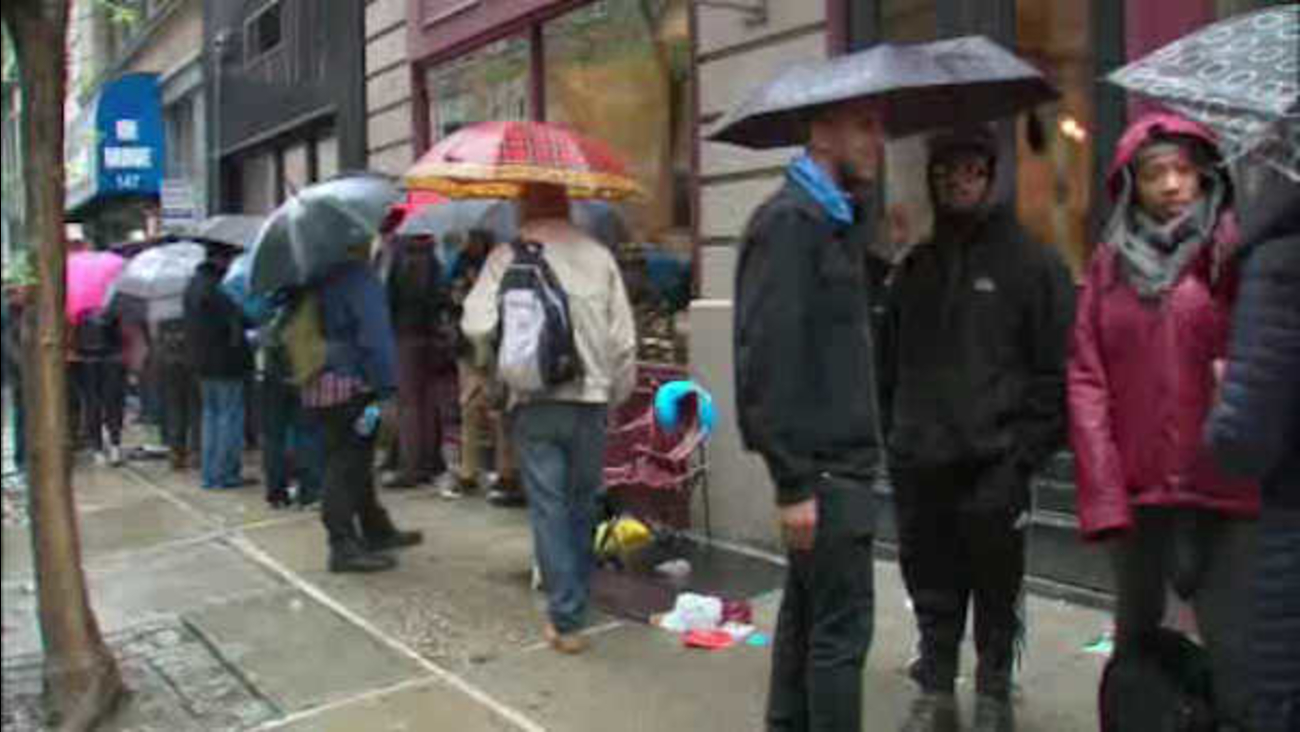 NEW YORK (WABC) -- It was a historic day on Broadway as the smash hit musical "Hamilton" is now the record-holder for most-ever Tony Award nominations.

The show earned 16 nods at Tuesday's announcements, including one for the big prize: Best Musical.

So don't expect enthusiasm for the show to slow down anytime soon, from the audience or the potential cast.

A new record for his show "Hamilton" brought warm words of thanks from the guy who created the landmark musical.

Linn Manuel Miranda said in a statement, "For Hamilton to receive a record-breaking number of Tony nominations is an honor so humbling, it has so far been beyond my comprehension."

At an open audition for his show Tuesday, its impact was obvious.

More than 1,000 heeded the call of "Hamilton" on the day it made history.

No musical has ever earned as many Tony nominations as "Hamilton", and the line in Chelsea started forming around midnight to audition for the Broadway cast and the touring company.

"I just went in and sang and it was an awesome audition. It was a lot of people. By 3 AM the line was around the block," said Adrian Jean, who flew in from L.A.

Paula Jean Lewis Roman came with her dad all the way from Puerto Rico.

Plenty of others came from closer to home.

"They really try to get you in and out but enough fair time for you to show your talent. So, it's fair but speedy," said Monikha Reyes.

"He just kept telling me to go. Keep rapping. Keep going, and I guess it was good," said Kased Ragin.

Linn Manuel Miranda is up for a Tony Award as Lead Actor in a Musical, and half a dozen of his co-stars were recognized. But "Hamilton" isn't the only musical competing for the year's best.

"Shuffle Along" earned a total of 10 nods. The other contenders for the top Tony Award include "Bright Star", "School of Rock", and "Waitress".

It will not be easy to beat "Hamilton" in any category. But remember, awards will also be given out for plays and for revivals.