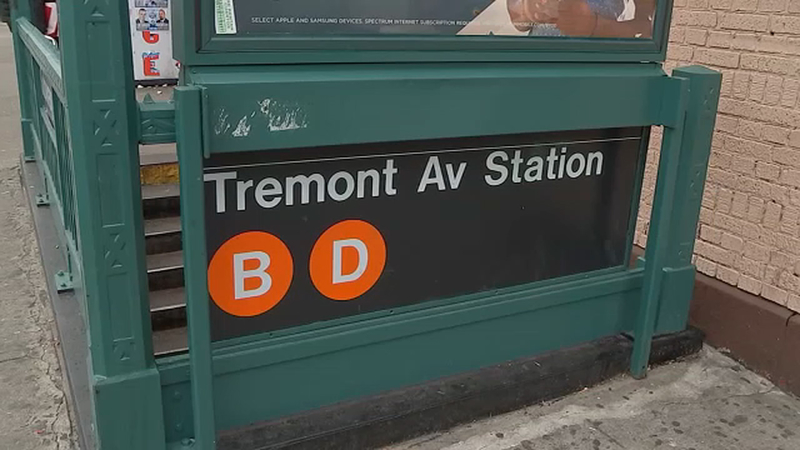 MOUNT HOPE, Bronx (WABC) -- A brutal early morning attack at a subway station in the Bronx is being investigated as a possible hate crime.

It happened at 1 a.m. Friday at East Tremont Avenue and Grand Concourse in the Mount Hope section.

Police say a 21-year-old man, identified as Dazjuan Starr, was accosted by a suspect on the platform of a southbound D train.

The suspect yelled an anti-gay slur, pulled out a hammer, hit the victim in the armpit, then threw him onto the subway tracks before fleeing.

Starr suffered wounds to the face and head and was taken to St. Barnabas Hospital, where he is listed in stable condition.

There were no immediate arrests.

"His mom is a working mom, and the dad is a very nice dad, always worked, always provided for his kids, made sure he tried to give them the best," neighbor Kim Faucett said. "He didn't let them hang out. They always was doing fun things with the children."

The suspect is described as a black male in his 30s with braided hair, approximately 5-foot-10 and 150 pounds, wearing gray sweatpants and a black coat.

Police are investigating the incident as a possible hate crime because of the anti-gay slur reported by the victim.

"I am absolutely sickened by the vicious anti-LGBTQ assault on a Bronx subway platform early this morning," Cuomo said. "This horrific and ugly crime is repugnant to our values as New Yorkers, and we have zero tolerance for such vile acts of hate."