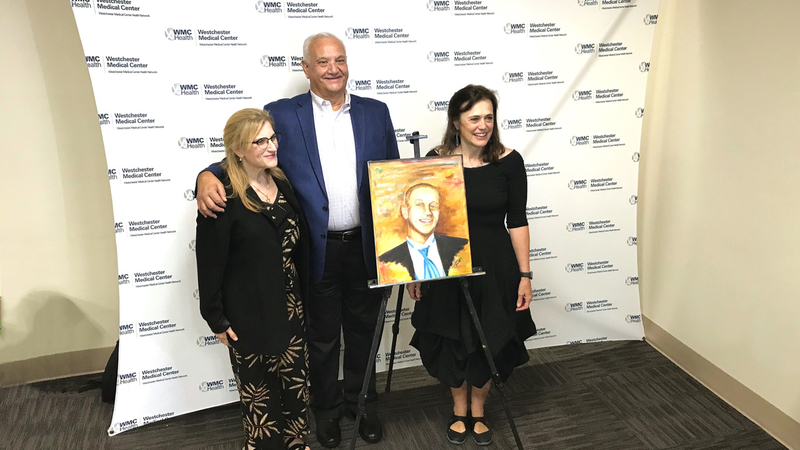 Elisabeth Kepley presented Rob Maresca's parents with a portrait of the young man whose heart saved her life.

Kepley, 58, was hospitalized with heart failure when she received a transplant last April. Her recovery has been so complete she recently placed fifth in the triathlon at the 2018 Transplant Games in Salt Lake City.

"There are no words that can describe my thankfulness," Kepley said. "Their hearts were broken, but they were thinking of someone else."

Her donor, 30-year-old Maresca, died after a work-related accident. His organ and tissue donation helped 15 people in all.

The two families have remained close after first meeting. Kepley, a trained portrait artist, worked on the painting for four months.

"I think it's uncanny," Robert Maresca said about his son's likeness. "It captures his personality to a tee."

Health officials hope to spread awareness of the importance of organ donation. New York has the lowest donor enrollment rate in the country.

"It's frustrating because we have such a big population," said Dr. Alan Gass, heart transplant director at Westchester Medical Center. "We're here to break that. It's improving."