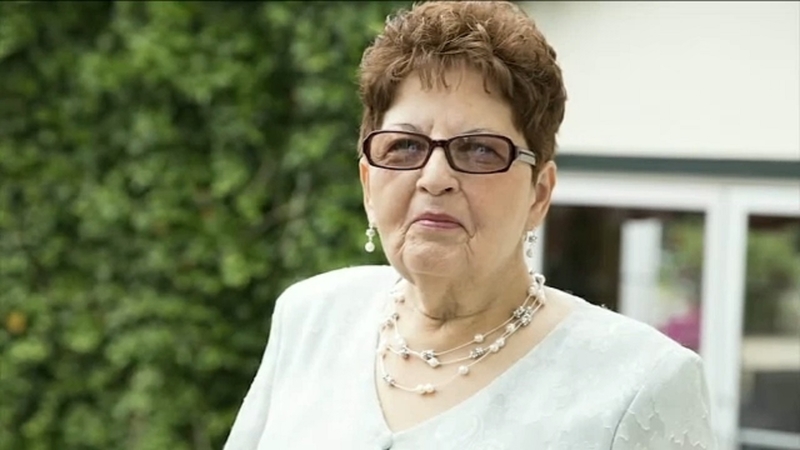 WEST ISLIP, Long Island (WABC) -- A Long Island woman is suing the nursing home where her mother is believed to have contracted the coronavirus and later died for gross negligence.

Vivian Zayas, of Deer Park, said federal health authorities warned officials at Our Lady of Consolation Nursing and Rehabilitative Care Center in West Islip, in early February of the coronavirus, but the facility did not take steps to safeguard its patients from the virus.

"We have to be able to hold these places accountable," Zayas told Eyewitness News reporter Kristin Thorne.

Zayas said her mother, 78-year-old Ana Martinez, entered the nursing home on January 8 after having surgery on her leg.

By the end of January, Martinez's need for therapy had subsided and Zayas requested that she be released from the nursing home. Zayas said officials with the home told her they hoped to have her mother released by February 14.

By early March, her mother was still in the home and the coronavirus was looming. Zayas said management from the nursing home called her on March 10 and said if she wanted to see her mother she would need to do it right away as the facility would be closing to visitors the next day.

"I gave her a kiss and I told her, 'Just hang on two or three weeks, and I'll see you soon,'" Zayas recounted.

Zayas never saw her mother again. She died April 1 after testing positive for the coronavirus the same day.

Zayas said the last time she spoke to her mother on the phone was a few days before on March 28 while her mother was still at Our Lady of Consolation. Zayas said her mother sounded like she was having trouble breathing. She said nurses told her Martinez was "fine."

Martinez was later transferred to Good Samaritan Hospital where she died.

"My mother meant something to me. She was the bedrock of my family, the matriarch of our home and now she's gone," Zayas said in tears.

According to the New York State Department of Health, 39 people died at Our Lady of Consolation - making it the nursing home with the most deaths in Suffolk County.

Eyewitness News obtained the health memo Our Lady of Consolation received on February 6 advising management they must prepare for the coronavirus pandemic.

The memo from the Centers for Medicare and Medicaid Services (CMS) stated "CMS strongly urges the review of CDC's guidance and encourages facilities to review their own infection prevention and control policies and practices to prevent the spread of infection."

Brett Leitner, Zayas's attorney, said, "T hey did not take proper precautions. They did not have proper care."

Leitner said federal officials cited the nursing home 31 times between 2018-2019 for violating standards of care, including failing to have proper infection control procedures.

A spokesperson for Our Lady of Consolation wouldn't comment to Eyewitness News due to the lawsuit.

Zayas's lawsuit is complicated by a law buried deep in the New York State budget bill passed in early April.

The legislation, which was a surprise to even some lawmakers who approved the budget, states, "It is the purpose of this article to promote the public health, safety and welfare of all citizens by broadly protecting the health care facilities and health care professionals in this state from liability that may result from treatment of individuals with COVID-19 under conditions resulting from circumstances associated with the public health emergency."

The law, however, does not provide immunity if the harm or damages were caused by an act of intentional criminal misconduct or gross negligence.

Leitner said Zayas's lawsuit for the time period between March 7 and April 1 is complicated by the public health law amendment.

"That will make it a big uphill battle, but we think the evidence suggests that the nursing home was grossly negligent and the statute will not apply and will not protect them," he said.

Leitner said he is confident about the viability of the lawsuit for the period between January 8 - when Martinez entered the facility - and March 6 pointing again to the February CMS memo warning about the coronavirus.

"Our argument is that their negligence occurred before the immunity order and we are going to open the door for 6,000 plus families to sue for the wrongful deaths of their loved ones in nursing homes in New York," he said.

Biaggi said repealing the amendment will enable families to pursue a legal pathway that could uncover evidence of poor care.

"By repealing the Governor's provision to shield nursing homes and other healthcare facilities from liability, we can at least provide impacted families with the transparency and accountability they deserve," she said.