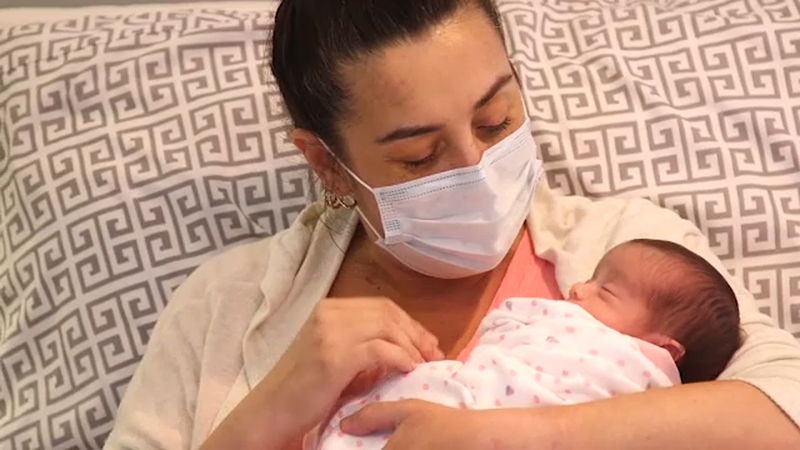 NEW HYDE PARK, Long Island (WABC) -- A mother is thankful to be alive after enduring an emergency C-section followed by a liver transplant to cure a life-threatening complication.

"If we didn't find a donor, my husband and I wouldn't be here to talk about what happened," mother Danielle Grafas said.

31 weeks into her pregnancy, Grafas developed a dangerous issue with her liver.

"She was sick," said Dr. Lewis Teperman, director of transplantation at Northwell Health. "She had acute fatty liver disease of pregnancy, a very, very rare disease."

Grafas underwent an emergency C-section at North Shore University Hospital - baby Athena weighing only three pounds. She was placed in neonatal intensive care while her mother slipped into a coma.

"It became clear that she needed an immediate transplant and she became a status one, the highest status in the nation," Teperman said.

Her liver had shrunk to a third of its size and her life was in jeopardy, but Teperman said a donor organ was found.

"If this was during the time of COVID, two or three months earlier, it may not have happened," Teperman said.

After a 13-hour surgery transplant meeting with her transplant team, Grafas is most grateful.

"The dream team as I like to call them," Grafas said. "It was an unexpected ride that worked out in the long run, and am very thankful and very grateful."

The family is now starting a new life together as Grafas and her baby are doing well after the life-saving operations.