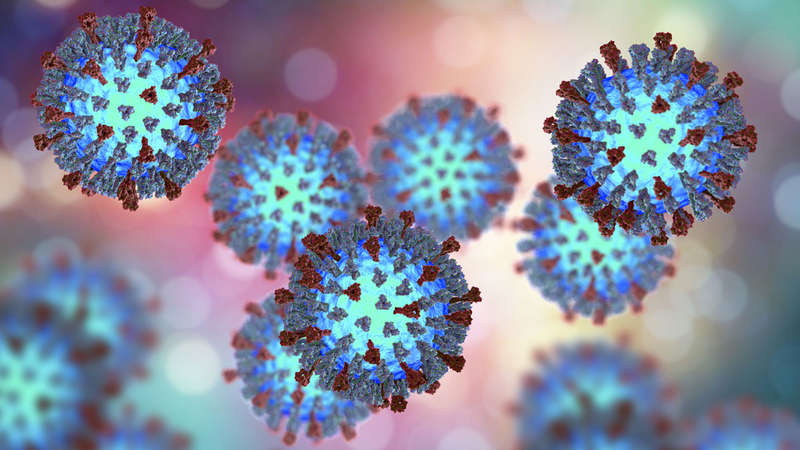 Most cases involve Orthodox Jewish communities, which would be most impacted by a ban on religious exemptions.

So far, there have been 259 cases in New York City and 166 in Rockland since last October. There have been no fatalities, and only three measles-related deaths in the United States in the past two decades.Two were reported in 2003 and one in 2015.

"Most of the exemptions in New York are really not for religious reasons," Assemblyman Jeffrey Dinowitz said. "It's because people don't want to vaccinate their kids. For whatever their reasons are, and I'm sure they believe what they believe, but they're endangering other children."

The new legislation would eliminate all but medical exemptions for school-mandated vaccines.

"The only legitimate exemption for a vaccination should be a medical one," State Senator Brad Holyman said.

Reaction in the Orthodox community was mixed.

"If this is an effort to get more people vaccinated, a lot more in the awareness should be done instead of the coercion," Orthodox community activis Alexander Rapaport said. "It makes a bad headline when you're trying to get more religious people to cooperate and you say you're taking away the religious exemption, it right away, everything becomes iffy."

It has been one week since Rockland County issued a state of emergency banning non-vaccinated minors from public places. Lawmaker say that since then, 700 children have received the measles vaccine. And they hope this legislation will have the same affect across the state.

"There is no attempt to trample on someone's religious beliefs, but they have to accept the consequence," Dr. Sheila Palevsky said. "And the consequence of not vaccinating your child (is that) you can't go to school."

The new legislation would apply to all school-mandated vaccines, not just the measles-mumps-rubella vaccine.

Measles is spread through the air when an infected person coughs or sneezes, and it is extremely contagious.

For most people, measles is miserable but not life-threatening. The most common symptoms include fever, runny nose, cough, and a rash all over the body. However, a very small fraction of people get much sicker, and can suffer complications like pneumonia and swelling of the brain.