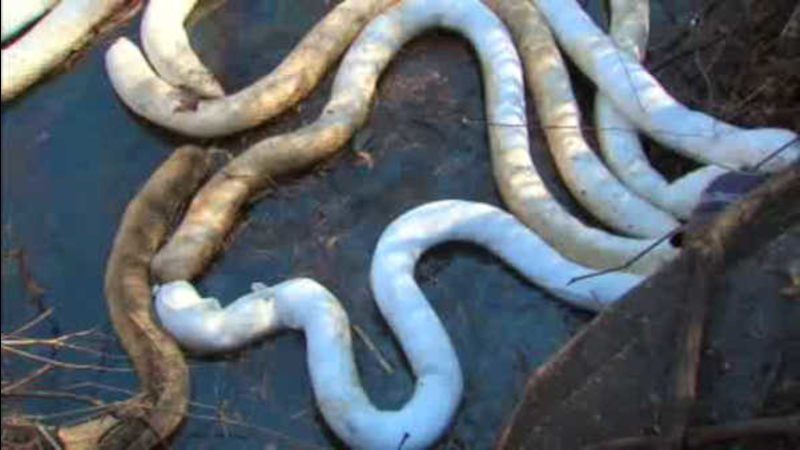 Authorities say the truck, which was carrying 6,500 gallons, began leaking at about 8:30 a.m. on Bronx River Road Saturday. No one was injured by the spill, and nearby businesses remained open.

The truck was en route to Glendale Gardens, an apartment building at 125 Bronx River Road. When the driver pulled into the driveway, the oil began leaking out.

"So we were stopping the leak, diverting it from going into the storm drain, and we had booms going up in the river to collect it as it was there," Yonkers Deputy Fire Chief Bob Capurso said.

Capurso gives a lot of credit to the oil delivery driver who, when he pulled up into the driveway and heard his truck bottom out, immediately got out to investigate, saw the leak and then alertly pulled his truck out in the street further down the block and away from the storm drain. That allowed first responders to block and divert most of the oil.

"There's no concentrated pockets of oil," Capurso said. "It's just a sheen at this point, and we'll be monitoring it and the clean up company will do more cleanup as needed."

Fire officials said approximately 2,100 gallons of oil leaked, with 600 gallons entering a storm drain that leads to the Bronx River.

The Yonkers Fire Department responded, slowed the leak, diked the oil on the ground and collected 1,500 gallons into containers, while an oil cleaning company pumped out the remaining oil on the truck.

On Monday, a contractor initiated a flushing of the impacted storm sewer in Yonkers for any residual oil. Any addition oil was being captured downstream. A bird rehabilitation contractor was also on scene, cleaning a total of five geese that had been covered in the substance. 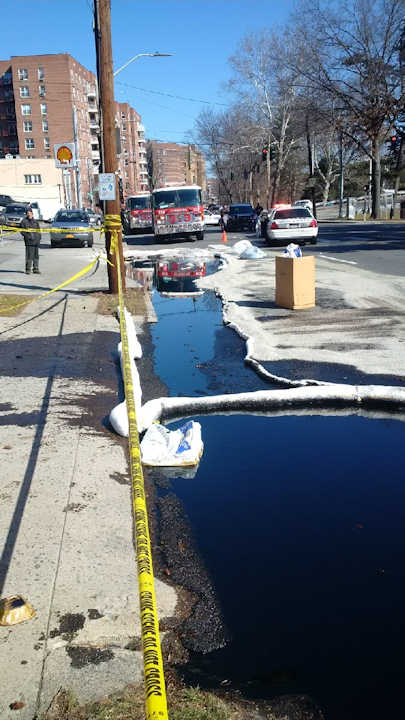 Nonetheless, the spill impacted some neighborhood people, including Fay, who emerged from CVS carrying a jug of water.

"We have to get water because we have no drinking water right now," she said. "And we're not sure when we'll have good water."