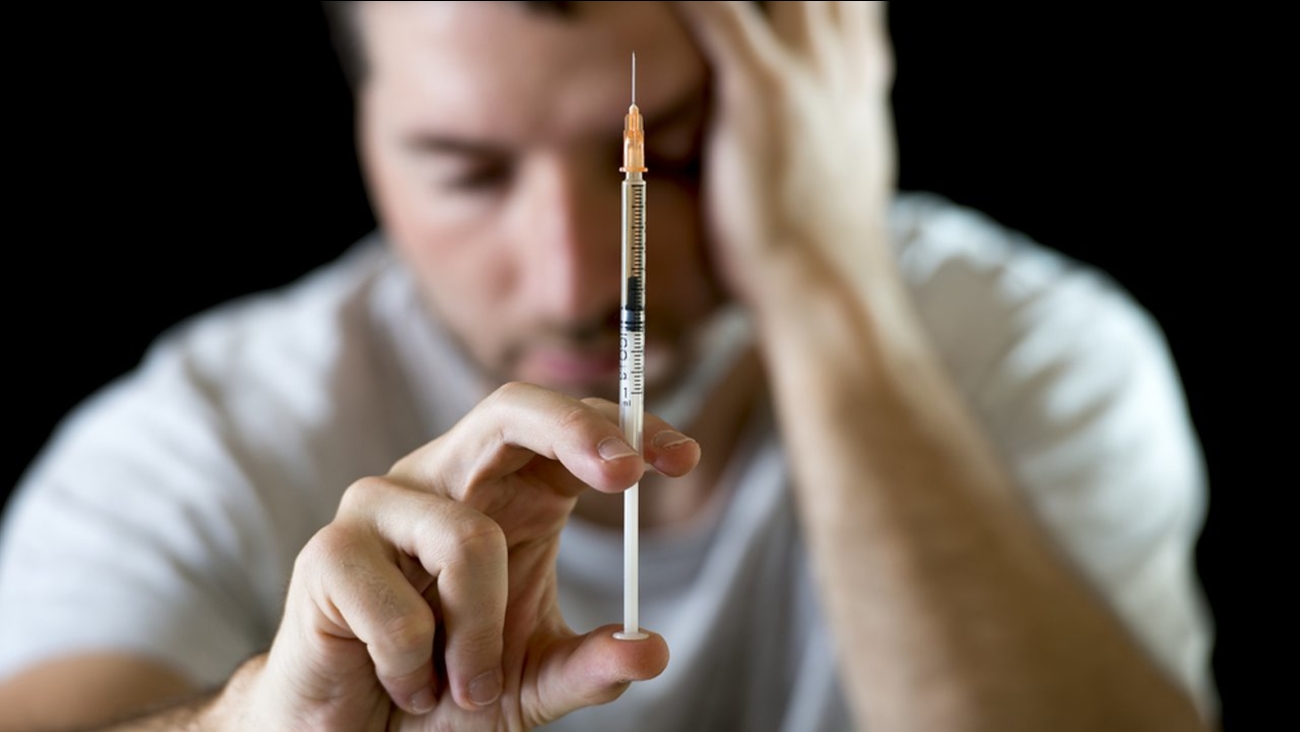 ITHACA, New York -- The mayor of Ithaca wants his city in upstate New York to host the nation's first supervised injection facility, enabling heroin users to shoot illegal drugs into their bodies under the care of a nurse without getting arrested by police.

Canada, Europe and Australia are working to reduce overdose deaths with these facilities, but in the United States, even the idea of creating a supervised injection site faces significant legal and political challenges.

That has to change and quickly, said Ithaca Mayor Svante Myrick.

"My father was a drug addict. He split from the family when I was 5, 6 years old," the mayor, now 28, explained in an Associated Press interview. "I have watched for 20 years this system that just doesn't work. We can't wait anymore for the federal government. We have people shooting up in alleys. In bathroom stalls. And too many of them are dying."

Myrick said he will ask New York's Health Department to declare the heroin epidemic a state health crisis, which he said would enable his city to proceed without involving the state legislature. The mayor described his proposal to the AP ahead of a formal announcement planned for Wednesday.

Once dismissed as a radical idea, injection sites are increasingly being discussed in response to huge increases in overdose deaths nationwide. In New York state, overdose deaths involving heroin and other opiates shot from 186 in 2003 to 914 in 2012.

Ithaca alone had three fatal overdoses and 13 non-fatal overdoses in a three-week span in 2014, prompting city officials to begin looking at alternatives to simply jailing addicts. The city of 30,000, which hosts Cornell University and Ithaca College, is one of New York's most liberal communities and is a prime candidate for new approaches, Myrick said.

Nurses or physicians could quickly administer an antidote if and when a user overdoses, and addicts also could get clean syringes and be directed to treatment and recovery programs, according to the mayor, who envisions a holistic approach that deals with addiction more like a public health issue than a criminal justice problem.

Police Chief John Barber is not totally convinced. He "firmly" supports other parts of the plan, but said "I am wary of supervised injection sites."

Spokesmen for the Department of Health and Gov. Andrew Cuomo didn't respond Monday to the AP's request for comment. Cuomo has supported needle exchange programs and boosted funding for addiction prevention and treatment, but has yet to take a position on supervised injection.

Some pieces of Ithaca's plan don't need state approval, such as the creation of a new city office of drug policy and a youth apprenticeship program to give young people alternatives to drugs. Myrick also wants police to send low-level drug offenders to treatment instead of jail, adopting a strategy used in Seattle.

Canada's first injection facility, known as "Insite," opened in Vancouver in 2003. Every day, 800 users visit, and between 10 and 20 of them overdose each week, but no one has ever died there, according to Dr. Patricia Daly, chief medical health officer at Vancouver Coastal Health, which operates it.

"These overdoses are completely reversible," Daly said. "People die because they inject alone."

Insite receives most of its funding from government now, but faced significant initial opposition from officials in Ottawa. A 2011 Canadian Supreme Court decision ordered federal officials to stop fighting the facility, noting that it has saved lives "with no discernable negative impact."

In fact, overdose deaths dropped 35 percent in the surrounding neighborhood after Insite opened its doors at ground zero for Vancouver's heroin problem, according to research by Brown University epidemiologist Brandon D.L. Marshall.

In the U.S., state and federal laws would put both users and operators of such a facility at risk of arrest.

Even some former addicts say it should stay that way.

"We're talking about a government-sponsored shooting gallery," said Mike Gimbel, an addiction expert who served as drug czar in Baltimore County after beating heroin. "It's misguided. The addict is going to say: this is cool, a place I don't have to worry about the cops. Why should an addict stop if there are no consequences for their behavior?"

That said, more funding to provide wider access to effective treatment is the only solution, Gimbel said. "We all recognize we're not going to be able to arrest our way out of this problem."

Myrick expects supervised injection sites to be a hard sell in Albany, let alone in Washington, D.C., but his political sensibilities reflect what polls show is a growing belief among younger Americans that the war on drugs announced in 1971 by President Richard Nixon has failed.

"I think for a lot of people this is going to sound like a weird concept - 'Aren't you just encouraging them to use drugs?'" he said. "But I think it's more possible now than at any time in our history. The opioid epidemic is affecting more people and we know we can't wait any longer for the federal government to do something."
Related topics:
heroindrug addictionnew york news
Copyright © 2022 by The Associated Press. All Rights Reserved.
TOP STORIES
Man killed after being shot in chest aboard Q train at Canal Street
3 people killed in crash near catering hall on Long Island
Celebrate Israel Parade to kick off in NYC with heightened security
AccuWeather Alert: Still steamy
Buffalo mass shooting victims laid to rest one week after tragedy
Heat Advisory issued ahead of possible record-breaking temperatures
78,000 pounds of infant formula arrives in US
Show More
NJ police impose curfew after large party gets out of hand
Suspect breaks into NYC apartment, stabs man to death
Empire State Building lit to honor Notorious B.I.G.'s 50th birthday
Fate of 2,500 Ukrainian POWs from steel plant stirs concern
Biden pushes economic, security aims as he ends South Korea visit
More TOP STORIES News