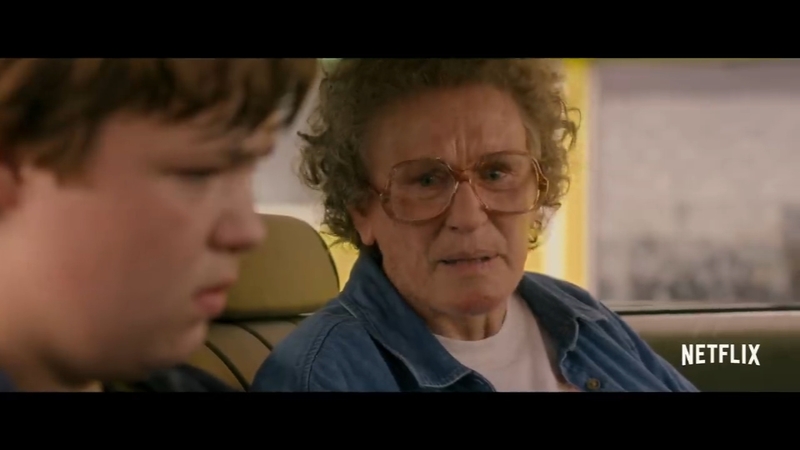 The Hollywood Reporter carries word that more than 600 movie theaters have closed across the country due to new restrictions required by the ongoing coronavirus pandemic, which means this year's Oscar contenders are streaming online.

"Hillbilly Elegy" stars a couple of performers who have often been nominated in the past: Amy Adams and Glenn Close. It's called an 'Elegy' because this remembrance of things past has more than a touch of sadness an melancholy to it, though the movie does end on a hopeful note.

It's inspired by events that really happened to attorney J. D. Vance, whose story begins in the hills of Kentucky and takes place mostly in Ohio. Director Ron Howard, however, manages to make the tale universal.

"All families face various kinds of challenges and tests that threaten to just undo everything," he said.

His movie is based on a memoir by the lawyer looking back on his turbulent boyhood as the child of an alcoholic.

Gabriel Basso plays him as an adult while Owen Asztalos portrays him as a boy.

"It was really fascinating to meet the family and see, like, 'Oh wow this is a family that I could be running into at my local grocery store,'" Asztalos said.

His mom, played by Amy Adams, is an addict whose disease threatens to rip her family apart.

"I have had several close friends and extended family members that have dealt with addiction," Adams said. "So it's something I have been around and witnessed."

Her performance is so real that it's terrifying at times, but what I admired is that she is not just content to show the symptoms.

Her despair is evident, but the effect on her son and daughter is made very clear.

Close plays the mother of Adams' character, who tries to be the glue that holds her clan together. She physically takes her daughter by the shoulders and tells her, "At some point, you're going to have to take responsibility or someone else is going to have to step in."

She read Vance's book and called Howard directly. They'd made "The Paper" more than a quarter century ago but hadn't done another film since, and this presented an opportunity.

"To challenge myself," Close said. "I always think its a privilege to go into another territory of the human experience. That's basically what we seek out."

Close holds the record for the most Oscar nominations without a win, while Adams has half a dozen nods without ever earning an Academy Award.

Both of them deserve to win for their performances in "Hillbilly Elegy," and their work makes this film a must-see.