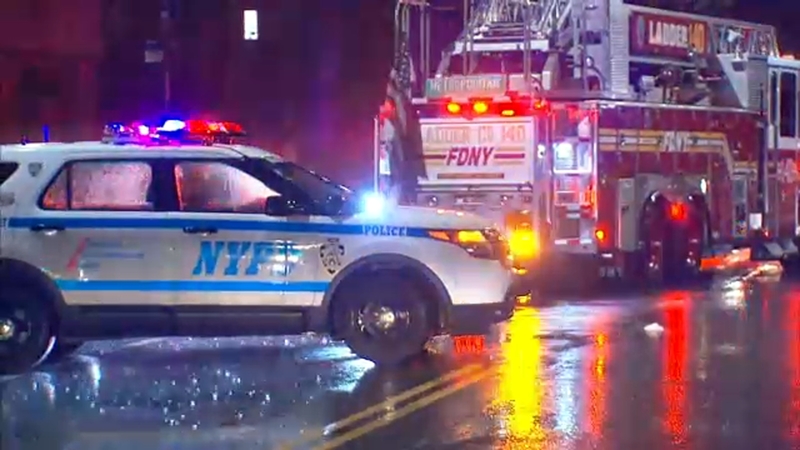 Woman struck by car, then bus in fatal hit-and-run in Queens

MIDDLE VILLAGE, Queens (WABC) -- Police are investigating a hit-and-run crash that killed a woman in Queens.

It happened around 12:45 a.m. Friday at Eliot Avenue and 70th Street in Middle Village.

Officers found 67-year-old Caroline Connors lying in the roadway. She was pronounced dead at the scene.

The NYPD Highway District's Collision Investigation Squad determined she was walking in the roadway when a sedan traveling eastbound on Eliot Avenue hit her.

Then, she was then struck by an MTA Bus which was also traveling eastbound on Eliot Avenue.

Both the sedan and MTA Bus continued driving without stopping.

According to NYPD officials, it's unclear if either driver realized someone had been hit.

MTA spokesperson Tim Minton released a statement on the incident:

"This was a tragic incident and our thoughts are with the victim's loved ones at this terrible time. We are conducting an internal review to determine the facts and fully cooperating with an investigation being conducted by the NYPD."