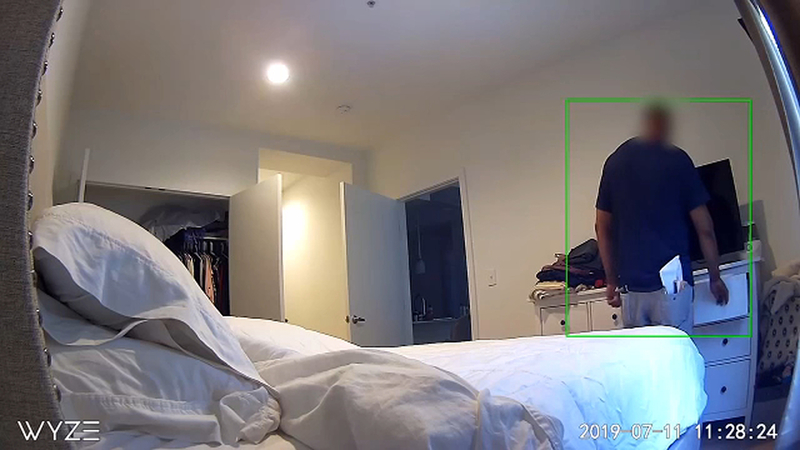 HOBOKEN, New Jersey (WABC) -- A New Jersey couple calls it a complete violation of their privacy after they say a maintenance man in their building went through their underwear drawer.

Alex Sacchetti says the proof was caught on camera in the Hoboken apartment he shares with his fiancee.

Sacchetti says he got an alert on his phone about activity in his bedroom.

So he looked at his surveillance camera feed to see the maintenance man rummaging through the drawer, and said that what he saw was distressing.

"He went directly for the underwear drawer," said Sacchetti. "He was in the master bedroom, the second bedroom, the second bathroon, our master bathroom for over 10 minutes and then I think there was potentially other lewd acts that could be circumstantial based on the entire event."

Police looked into the report but concluded that no laws were broken because the tenants signed a work order.

"I would like stuff done so that the building's safe," said Sacchetti. "The reason that I even told anyone about the situation is so that other residents, women, families, children, everyone is aware of what occurred and how it was handled."