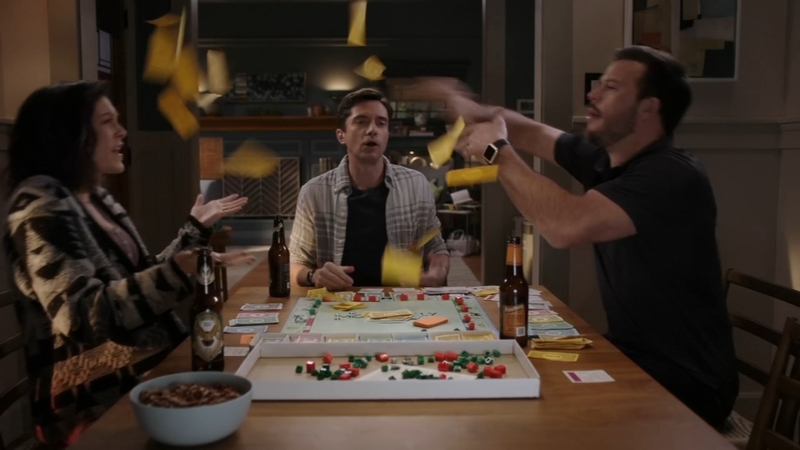 It's a family comedy about three siblings with very different lifestyles and tax brackets. Tom Hayworth's the oldest, a struggling author. Sarah is a child counselor in a same sex marriage and cash challenged. Connor is a financial whiz and he's got money to burn!

"He (Connor) wants everyone to enjoy the stuff he's earned in his life," said Topher Grace, who plays Tom and serves as executive producer on the series. "The only problem is his older brother wishes that he'd earned it, there's a friction there, but it's only in Tom's head, really.

As the first season aired, people seem to really connect with the diverse family.

"There's a character in the show for everyone," said Jimmy Tatro, who plays Connor. "Since we do kind of cover every part of the spectrum for income, there's a character everyone can kind of relate to. I think a lot of families just don't really talk about these things, so to have a show where we can have these conversations, make them funny and also have those uncomfortable conversations a lot of families are too scared to have, so if you don't want to have them, just say 'hey, watch episode three.'"

"Ultimately the show is about the love these people have with each other - so much more important than money," Grace added.