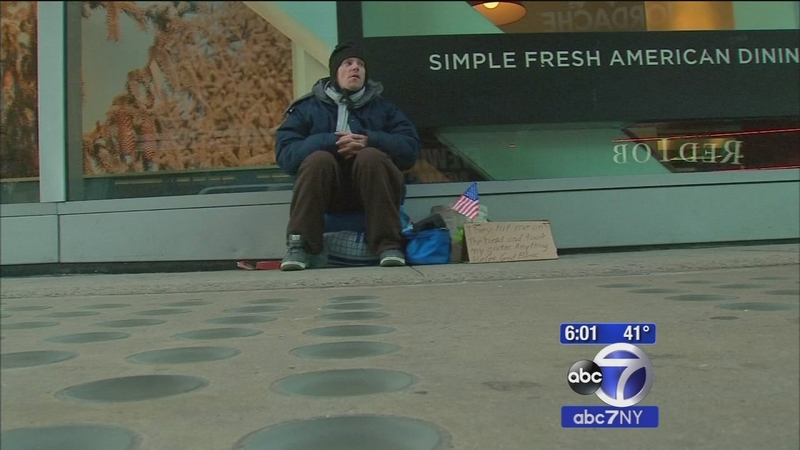 NEW YORK (WABC) -- Democratic Gov. Andrew Cuomo on Sunday signed an order requiring communities statewide to take homeless people from the streets to shelters when temperatures reach freezing, saying he was ready for a legal challenge from anyone who believes "people have a civil right to sleep on the street and freeze to death."

The order came as temperatures in parts of New York state were dipping below 32 degrees. It calls for police departments and social services agencies to move people into shelters, including those reluctant to go.

The legality of the order was questioned by Karen Hinton, a spokeswoman for Democratic New York City Mayor Bill de Blasio.

"We support the intent of the executive order, but to forcibly remove all homeless individuals in freezing weather, as the governor has ordered, will require him to pass state law," she said in a statement. "This executive order adds no legal or financial resources to New York City's programs to assist the homeless and merely requires all New York state localities follow many of the same requirements as New York City to shelter families and individuals in need in freezing temperatures."

39-year-old Matthew says he has been living on the streets for 2-years now. He was recently beaten and robbed of his guitar - his only valuable possession. Still, he does not want to be forced into a shelter - no matter how cold it gets.

After seeing Matthew on TV, an Eyewitness News viewer offered to help, and donate a guitar and some warm clothes.

In an interview with WCBS-AM, Cuomo said he was ready to go to court, if necessary, to defend his order against any constitutional challenges.

"I want this done statewide," Cuomo said. "By the way, there is a philosophy out there that says people have a civil right to sleep on the street and freeze to death if they want to."

He said he believed the law was on his side.