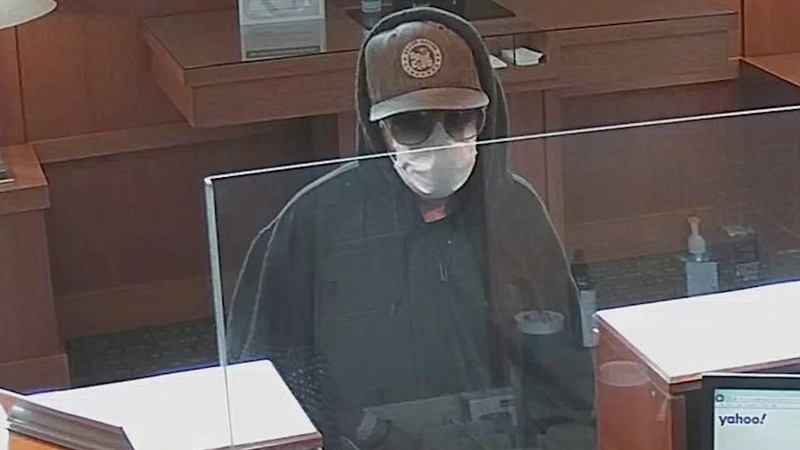 But, now in the coronavirus-era, bank robbers appear to be taking advantage of mask requirements that are needed for COVID-19 safety. Since the nation's first-known armed bank robbery in 1866 by the Jesse James gang, criminals have come up with all sorts of disguises to conceal their identities from employees and security.

"We've never allowed people into banks with masks, you know, simply because of the security risk of having unidentified people in the bank. The challenge we've got is that the pandemic is the larger risk right now," Paul Benda, senior vice president for Risk and Cybersecurity Policy at the American Bankers Association told the I-Team.

Even as banks deal with the pandemic by requiring masks, industry experts say bank robberies are actually down since COVID-19 erupted. But most hold-ups that are happening now involve bandits behind seemingly pandemic-related masks. On Monday, according to the FBI, a masked man implied he had a weapon and robbed the TCF bank in Homewood, Illinois.

Also Monday, the FBI says a man wearing a hat, hoodie and glasses, robbed the Fifth Third bank in the Chicago suburb of Bolingbrook. The FBI says he is a serial bank robber, seen in similar disguises at four separate bank heists the past month.

"I mean, the exact picture of what you would expect a bank robber to wear, and people are asking you to wear those," former FBI official and ABC News Contributor Richard Frankel told the I-Team. "You're almost inviting somebody to come in and attempt a bank robbery."

Frankel tells the I-Team there is a simple answer that can account for COVID-19 safety while serving as a robbery deterrent.

"There are cameras in every bank, usually at the doors as you enter into the bank, and if you drop the mask, we still identify each person who comes in there," he said. "So if it comes a time when there's a bank robbery, we do have a picture of the person who committed that bank robbery."

"That is actually one of the things that we recommend for bankers; if you've got the staff to have a door greeter, ask that person to remove the mask, face the camera, identify. We think that presents a great deterrent," Benda said.

Bank security experts, including FBI officials in Chicago, say that even with masks and disguises, law enforcement has other tools to identify suspects. No one has total anonymity.