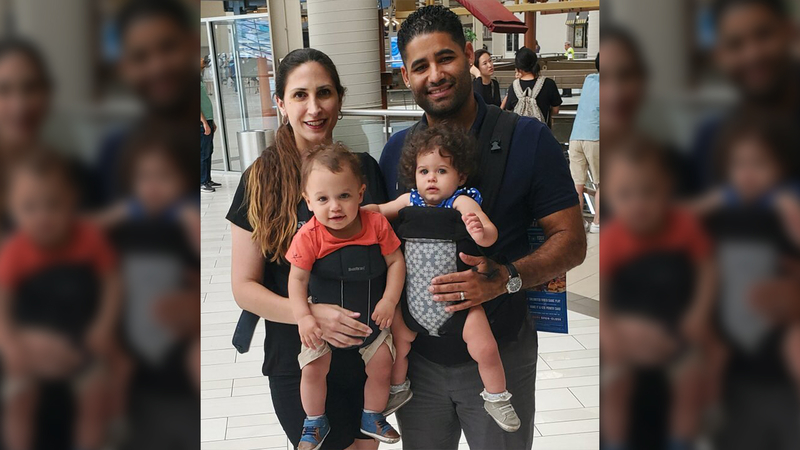 YONKERS, New York (WABC) -- A wake was held Friday for the twin babies who died after being left inside a hot car in the Bronx.

Loved ones gathered at Sinatra Memorial Home in Yonkers to remember one-year-old Luna and Phoenix Rodriguez.

Their father, 39-year-old Juan Rodriguez, told police he dropped off his four-year-old son before heading to work at the James J. Peters VA Medical Center but forgot that the twins were inside the car on July 26, a sweltering hot day.

He returned to his car after work and started driving away before noticing his children, lifeless and foaming at the mouth. Police said he pulled over and screamed for help.

Rodriguez was charged with criminally negligent homicide and manslaughter and appeared in court Thursday.

As he spoke, Rodriguez clutched his 4-year-old with his supportive wife, Marissa, at his side.

Prosecutors said they will not present his case to a grand jury, but the criminal case is still active. The next court date is August 27.

Mourners placed flowers, candles and stuffed animals close to where the car had been parked in the Bronx. A GoFundMe page for funeral expenses has now raised more than $93,000.

As a result of this tragedy, the Rodriguez family wants to prevent these deaths from happening to more children, said Christa Shecter, the twin's aunt.

"If there's anything that can be done to prevent any other family from having to go through this in the future, we want to see to that," she said.