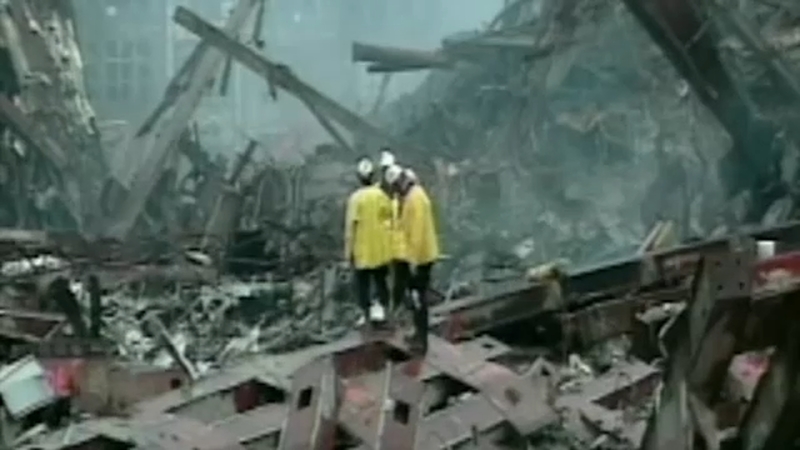 NEW YORK -- The House of Representatives voted Friday to pass a bill that will extend the 9/11 Victim Compensation Fund through 2090.

The vote was 402-12. The bill now goes to the Senate, where Majority Leader Mitch McConnell has said he will hold a vote.

If it passes, any benefits that were cut due to lack of money would be reinstated.

"This involves the commitment of the United States to always stand with and be with those who put their lives on the line with the rest of us," Rep. Peter King said.

Lawmakers from both parties hailed the House vote, which comes a month after comedian Jon Stewart sharply criticized Congress for failing to act.

Stewart, a longtime advocate for 9/11 responders, told lawmakers they were showing "disrespect" to first responders now suffering from respiratory ailments and other illnesses as a result of their recovery work at the former World Trade Center site.

"Every sick responder should be treated with the same dignity and compassion, regardless of when they became sick," Rep. Jerry Nadler said.

Nadler paid tribute to former NYPD officer Luis Alvarez and said no one should ever again spend their final days walking the halls of Congress begging for victims compensation funding.

"I commend the House of Representatives for their near unanimous vote to reauthorize the 9/11 Victim's Compensation Fund and I urge the US Senate to do the same. The incredible bravery and selfless service displayed at the World Trade Center continues to take the lives of far too many of our members, and those who have become ill because of their selfless sacrifice deserve nothing less."
Report a correction or typo
Related topics:
new york citywashington d.c.nypdhouse of representativescongress9 11bills
Copyright © 2022 WABC-TV. All Rights Reserved.
TOP STORIES
Police shoot driver after vehicle strikes officer in Brooklyn
Bicyclist struck and killed by MTA bus in Queens
Flight cancellations kick off Memorial Day weekend
4 arrested during Memorial Day Weekend impaired driving crackdown
Uvalde school police underwent active shooter training 2 months ago
Police: Suspect tells teen he is 'going to get rid of all you Jews'
Bethpage Air Show cancels remainder of Saturday lineup due to weather
Show More
AccuWeather: Less humid
NYC beaches officially open to swimmers this Memorial Day weekend
I-Team: 70% of TX have more gun dealers than mental care providers
Police inaction moves to center of Uvalde shooting probe
Jury's duty in Depp-Heard trial doesn't track public debate
More TOP STORIES News