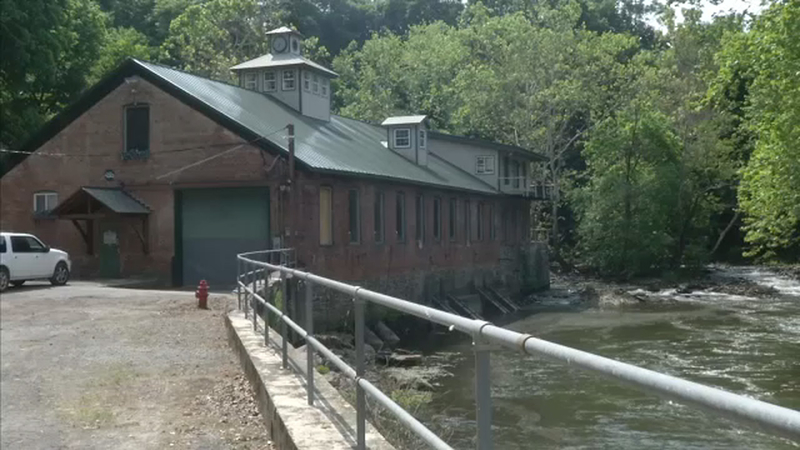 Natural Power Group promotes renewable energy by allowing customers to purchase power credits from their hydro-plants across the northeast.

The idea is similar to farm-to-table, except for electricity instead of food: green-minded customers supporting an area renewable resource.

And smaller hydro plants like those run by Harry Terbush and Sarah-Bower Terbush have a different way to keep their turbines turning.

"It's community energy, and it allows us to sell directly to customers, and allows them to get a little more benefit of what's in their backyard," said Sarah Bower-Terbush.

The husband-and-wife engineers running Natural Power Group have been maintaining hydro sites north of New York City for three decades. The trio of sites they operate now are "run of the river" that rely on flowing water.

The steel-encased turbines are modern, but sites have a long history of producing power.

The Wallkill River site once provided mechanical energy for a hat factory. It now can generate 0.5 megawatts - enough power for around 400 homes - by diverting into a short canal that feeds a pair of turbines inside the rebuilt plant.

A larger 2.5-megawatt site across the Hudson River in Wappingers Falls is in a long brick building beneath a fast-falling stretch of Wappinger Creek. Water flows through a 9-foot diameter pipe that snakes across Wappinger Creek to a site that first produced electricity more than a century ago.

"Why not utilize what we have?" Bower-Terbush asked.

Power from the turbines flows into the electrical grid, but subscribers to the program reserve a percentage of that power and also receive a built-in discount.

Manna Jo Greene, of the Hudson Valley, takes advantage of the hydro-plant operating from a river near her home.

"My thought was to support a local source of generation," she said. "Clean hydro-electric power."

The program is funded through a monthly charge paid by locals who choose to opt in, but it can be difficult for smaller hydro sites to compete in the electricity market.

In New York, plants that generate less than 1 megawatt are currently unable to participate in wholesale markets because of their size. Older hydro sites can miss out on incentives promoting new construction in solar and wind.
While smaller hydro-electricity projects can struggle to compete with fossil fuels, hydro power accounts for about seven percent of energy in the US.

Proponents of hydro-power hope that initiatives such as this one can keep renewable resources competitive in the 21st century.